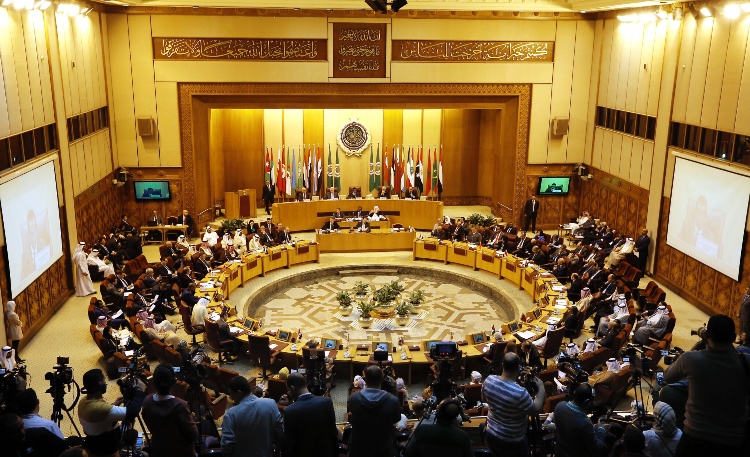 Speaking after the meeting with Aoun, Arab League chief Ahmed Abul Gheit stressed support for Lebanon and its government and people.

"We listened to President Aoun's explanations about the Lebanese stance and situation and the country's need for support," Abul Gheit added.

The Arab FMs' "meeting in Beirut signals that the Arab countries stand by Lebanon and its political leadership and people, hoping that this beautiful country and its extensive history will overcome the economic and political problems it is suffering from," Abul Gheit went on to say.

Aoun for his part said that "despite its difficult circumstances, Lebanon is determined to find solutions to overcome its crises" and is "keen on its water, oil and gas resources."

He also emphasized the importance of "cooperation and solidarity among the Arab states in light of what our countries are witnessing of crises, pressures and transformations," adding that "the Palestinian cause and the suffering of some Arab countries and their peoples from wars should be the top concern."

Lebanon is the chair of the current session of the Council of Arab Foreign Ministers.