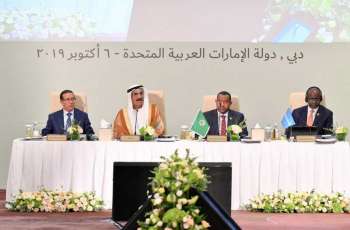 The UAE today hosted the 36th session of the Arab Ministerial Council for Housing and Construction.

The meeting took place on the sidelines of the third round of the Arab Ministerial Forum on Housing and Urban Development held on 7th and 8th October.

The session began with the announcement of the UAE taking over the council’s presidency from Bahrain for its next session in 2019-2020. Its participants then discussed the main challenges facing the housing and urban development sectors in the Arab region, and other topics related to housing, most notably the Arab Housing Conference, Arab Housing Day, and the Award of the Council of Arab Ministers of Housing and Construction.

The meeting also discussed the cooperation between UN-Habitat, the forum, and relevant regional groups and foreign countries.

Bassem bin Yaqoub Al Hamar, Minister of Housing of Bahrain, thanked the UAE, represented by the Ministry of Infrastructure Development and the Sheikh Zayed Housing Programme, for its hospitality and reception.

Dr. Abdullah bin Mohammed Belhaif Al Nuaimi, Minister of Infrastructure Development, welcomed the ministers and delegations participating in the session and forum, stating, “In 1975, the Arab ministers of housing and construction held their first meeting in the UAE. After 44 years, I am pleased to welcome you to your second country and wish you a pleasant stay.”

“I also hope that the meetings will yield outcomes that will help make positive changes to our housing and urban development sectors, which are the basis of overall development, happiness and quality of life,” he added.