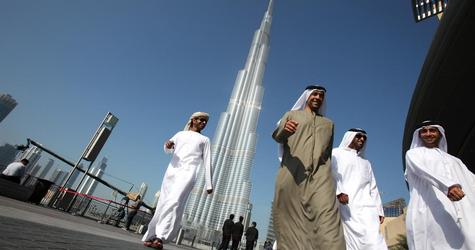 The two-day Fourth Arab Finance Deputies meeting, organised by the Arab Monetary Fund, started in Abu Dhabi today to lay the groundwork for the Council of Arab Ministers of Finance meeting, scheduled to be held at the end of April, in Kuwait.

Younis Haji Al Khoori, Undersecretary of the Ministry of Finance, headed the UAE delegation, with the minister of Kuwait as Chairman of the meeting. Representatives from the International Monetary Fund (IMF), World Bank Group, Organisation for Economic Cooperation and Development (OECD), along with Arab economic experts attended the meeting and deliberated the Arab financial system and prospects of its development.

Commenting on the meetings, Al Khoori emphasised the importance of Arab Ministers of Finance’s efforts to advocate the role of the council as a forum to communicate and share experience and expertise, as well as coordinate and exchange ideas on the financial development, as well as economic and financial reform efforts in Arab countries. He reiterated the UAE’s keenness to provide every possible support to enhance cooperation to bolster economic and social development efforts in Arab countries.

Today’s agenda included a presentation of three working papers. The first, presented by IMF, focused on the importance of supporting small and medium businesses in Arab countries, as well as the role of monetary policies and structural reforms. The second paper, which was presented by the World Bank Group, discussed the rethinking of social protection and employee policies for growth in the Middle East. Meanwhile, the third paper, which reviewed a study on national debt management and development strategies in Arab countries, was submitted by the AMF.

“MoF continues its efforts to contribute towards achieving the UAE leaders’ visions to promote sustainable development. Our wise leaders have laid the foundation and put in place a roadmap that will lead the UAE on a journey of inclusive and sustainable development. This will ensure that on its centennial, the UAE will be the global leader across sectors, including governance, sustainable economy and happiness index.”

Further to the working paper introduced by the IMF titled ‘Enhancing the Role of SMEs in the Arab World: Some Key Considerations,’ the council deliberated ways to support small and medium businesses in Arab countries. The paper discusses the importance of these businesses and their growing role in the overall economic engine.

Their strategic importance and their vital role in adding value and diversifying the economy through job creation was highlighted. Small and medium businesses receive priority in economic and organisational programmes in several Arab countries, as they constitute 90% of all companies in several global economies. They also provide 50%-60% of entire job opportunities and contribute to nearly 46% of the global gross domestic growth. The paper recommended comprehensive policies to address gaps in access to finance. It also proposed the creation of a favorable business environment, improving human capital and infrastructure to enhance the capabilities of small and medium companies.

The Undersecretaries of the Arab Ministries of Finance shared their experiences, as well as the efforts undertaken to create a favorable environment for small and medium businesses. They also backed the idea of providing support in terms of facilities to enable these businesses to overcome the challenges they face, thereby increasing their competence and access to various markets.

Introduced by the WBG, the ‘Rethinking Social Protection and Labor Policies for Jobs and Growth in MENA’ work paper, focused on a novel approach to social security systems in Arab countries. It also discussed the importance of equalising opportunities for people and firms to thrive by providing an enabling business environment and supporting the upgrading of firms’ capabilities through innovation and technology adoption. The work paper additionally focused on the importance of adopting a new economic model that is underpinned by innovative, modern technology that ensures benefit of all stakeholders.

Also discussed were recommendations to improve the social security system, as well as retirement and pension systems in Arab countries, along with the challenges they face currently. Additionally, systems, policies, government pension funds-investment-management and issues related to the governance of these funds were discussed. The necessary structural repairs to enhance the efficiency of retirement and pension systems to expand access to various groups of the society were deliberated.

The UAE’s contribution to the World Bank Group paper referred to a new approach to social security systems in the Arab countries, which should be developed consistently with the transformational developments and reforms in education and benefit from the use of technological advancements to better access information, and deliver social programs to people in a timely and correct manner while enhancing financial inclusion.

As part of the meetings, the work paper by AMF titled ‘Developing public debt management and strategies in Arab countries’ was also discussed. In the light of the high budget deficit and increasing funding needs in Arab countries, the importance of raising the efficiency of national debt operations to develop domestic financial markets was stressed. Furthermore, a cost-risk analysis, as well as a review of the procedures and publication of the outcome was proposed. This is part of the objectives of national debt management operations and evaluates different alternatives in the Medium Term Strategy Paper (MTSP).

On the second day of the meeting, there will be a roundtable to exchange ideas and experiences to achieve financial stability in Arab countries. The discussion aims to address the role of Deputy Ministers of Finance and is titled ‘Achieving financial sustainability in Arab countries’. The deputy ministers will share their experiences towards achieving sustainability in their countries, as well as the challenges and opportunities in the Arab region.

Finally, the Organisation for Economic Cooperation and Development (OECD) presented on ‘Using the latest financial techniques to develop tax services’, which focused on building advanced tax organisations that contribute towards diversifying sources of income in Arab countries. This comes as part of preparation for the fourth General Finance Forum in Arab countries, which will be held in Dubai on the 9th of February, on the sidelines of the World Summit of Governments, as well as the upcoming meeting of the Arab Ministers of Finance scheduled to be held in April in Kuwait.

The UAE economy is considered as one of the most attractive for investments in the region. The UAE has successfully achieved a competitive position as a regional and global investment hub, ranking first in the Arab world and 12th worldwide on the list of promising economies for investment between 2017 and 2019. This is thanks to the various incentives it offers, the thriving business environment, developed infrastructure and a legislative system that supports growth.