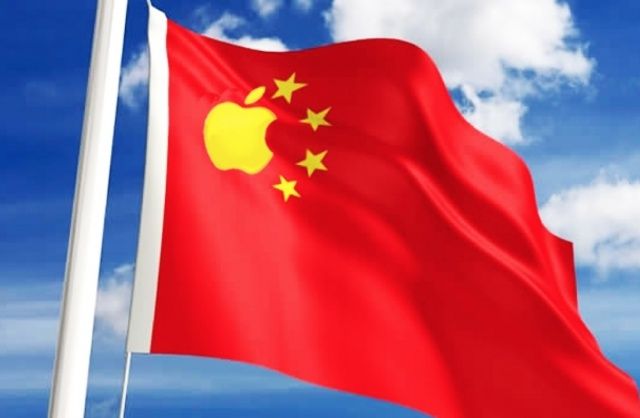 Apple Inc, the world's most valuable company, said proposed US tariffs on $200 billion (Dh734.6 billion) worth of products imported from China will raise prices for some of its popular consumer goods such as the Apple Watch and AirPods headphones.
The Mac mini desktop computer, Apple Pencil stylus accessory for iPads, various chargers and adapters, and tooling equipment used to manufacturer and design some products in the US will also be affected, the Cupertino, California-based company told the Office of US Trade Representative in a letter dated September 5.

The US has imposed $50 billion worth of tariffs on Chinese goods with another $200 billion in the final stages.
More tariffs planned

The public had until Thursday to comment on the administration's plan.

US President Donald Trump said Friday he is considering another $267 billion of tariffs on China, which analysts said will affect virtually every category of consumer goods, to retaliate against what he calls unfair trade practices.
"Our concern with these tariffs is that the US will be hardest hit, and that will result in lower US growth and competitiveness and higher prices for US consumers," Apple said in its letter.
Apple outlined how the company's operations and products will be affected by the tariffs. Shares, which had earlier gained 1 per cent, fell about 0.8 per cent to close at $221.30 on the news.
Tariffs as tax

The company said the tariffs would "show up as a tax on US consumers" and "increase the cost of Apple products that our customers have come to rely on in their daily lives."
Apple chief executive officer Tim Cook earlier this year told Trump tariffs "were not the right approach."
In the letter, Apple asks the US government to "reconsider these measures and work to find other, more effective solutions that leave the US economy and US consumer stronger and healthier than ever before."
Other Apple products affected

Beyond the core products, Apple said accessories like the HomePod speaker, some Beats speakers, AirPort and Time Capsule internet routers, the Magic Mouse and Magic Trackpad, and leather cases for the iPhone, iPad, MacBook and Apple Pencil would be affected.
It said some of the parts it relies on for product development, including processors and research equipment, would also be hit by the tariffs.
Intel Corp, the world's second-largest chipmaker, weighed in supporting Apple's opposition to the tariffs and broadening the argument. Computer and phone makers are involved in a global supply chain that includes Chinese manufacturing, and that can't be easily excluded without harm to US companies, Intel said in a letter to the trade representative. The US's ability to continue to dominate telecommunications technology, including the upcoming fifth-generation phone networks, will be hampered by the levy on imports from China.
In addition, the chip industry is a source of trade surplus for the US, including with China, Intel argued.
"Semiconductors are America's fourth-largest export, and our industry has a global trade surplus of over $6 billion and a surplus with China of close to $2 billion in 2017," Intel's letter said.
"We are puzzled as to why the Administration may be using tariffs in part to re-engineer global ICT [information, communication and technology] supply chains that have served US companies so well."
Apple, in pushing back on the tariff proposal, said it bought more than $50 billion worth of components from US-based suppliers last year and that it's the largest US corporate tax payer.
It also said that every Apple product "contains parts or materials from the United States and is made with equipment from US-based suppliers."
Earlier this year, the company said that as part of tax reform it would spend $350 billion in the US over the next five years.
Apple generated $9.6 billion in sales in China in the fiscal third quarter, accounting for 18 per cent of its total revenue in the period.