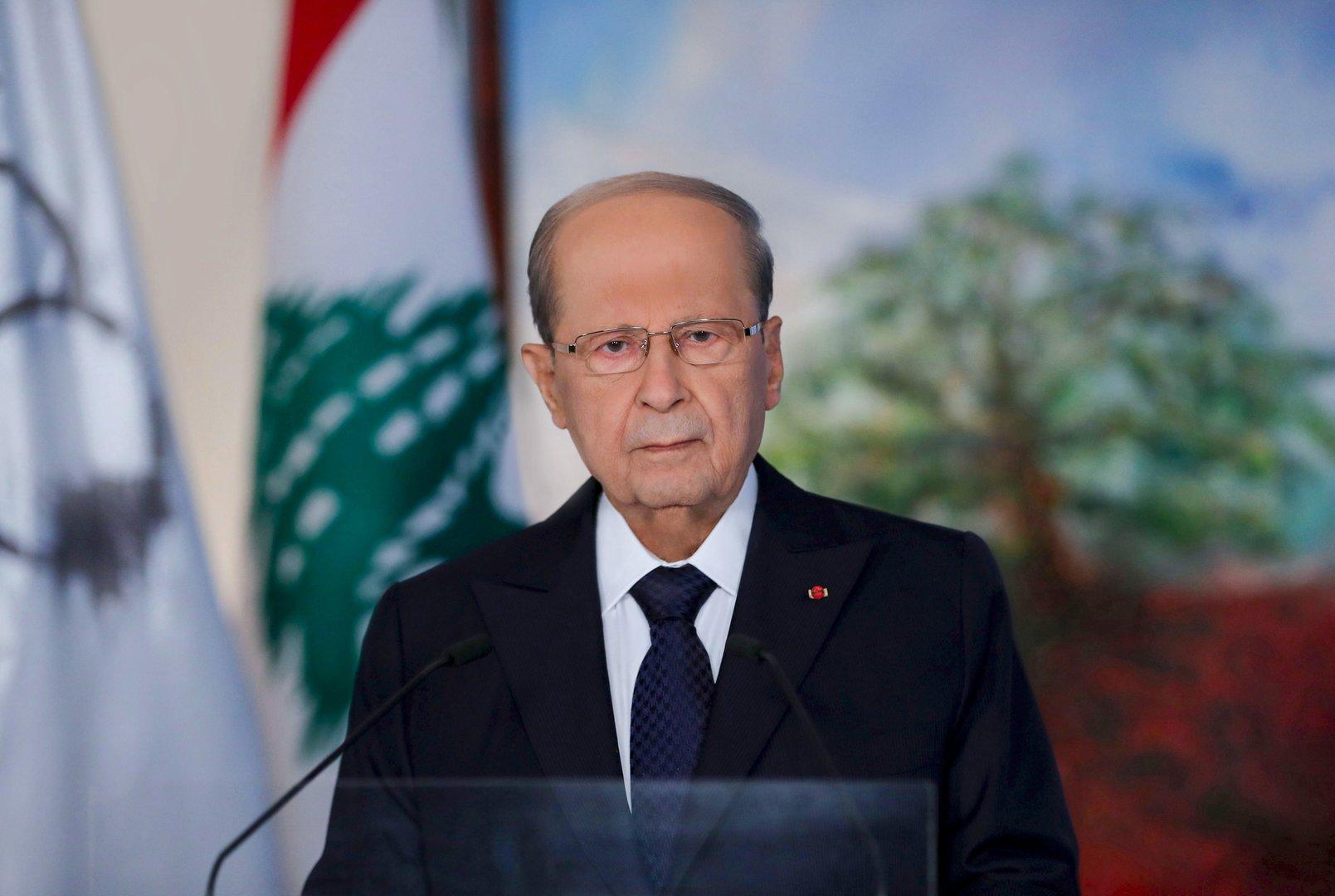 Lebanese President Michel Aoun made a surprise visit to Dar Al-Fatwa on Saturday, where he met with Lebanon’s Grand Mufti Sheikh Abdel Latif Derian, the highest authority in Sunni Islam in the country, amid fears of a Sunni boycott of Lebanon’s political process.

Aoun stressed the role “that the Sunni community plays in preserving Lebanon’s unity and political diversity, and the importance of participating alongside all other components in national and political life, as well as all elections that define the future of Lebanon and its people.

“Arrangements are underway so that the parliamentary elections are held as scheduled, and there is no reason to postpone them,” he added, stressing that “the Sunni community is an essential component, and we do not support its boycott of the elections.”

Aoun’s visit to Dar Al-Fatwa was described by political observers as “an attempt to remedy what can no longer be remedied; too little, too late.”

A source close to the former prime minister of Lebanon, Fouad Siniora, told Arab News: “The damage was done to the Sunni community when Aoun obstructed all attempts made by PM-designate Saad Hariri to form his government. Aoun went further by insulting Hariri, calling him a liar.

“Lebanon’s relationship with the Gulf states was also damaged as a result of the positions of Aoun and Hezbollah regarding the abuse committed against Saudi Arabia. It’s pointless to resort to Dar Al-Fatwa now.”

Prime Minister Najib Mikati announced on Friday that “there will be no Sunni boycott of the parliamentary elections in May. Our main concern is for the state and its institutions to remain active and effective, and for elections to be held on time.”

It comes days after Hariri, who leads the Future Movement that represents the majority of the Sunni community in Parliament, announced “the suspension of political work and the suspension of any direct role or responsibility in the ruling authority, Parliament and politics in its traditional sense.”

Mikati said: “It is true that Hariri announced his reluctance to run in the elections, but we will definitely not call for a Sunni boycott, and whoever wants to run should run. The sect holds great potential to participate in the elections.”

Hariri's Future Movement has a major influence in 10 of the 15 electoral districts in Lebanon. He had attributed the suspension of political action to his conviction that “there is no room for any positive opportunity for Lebanon in light of Iranian influence, international uncertainty and national division.”

A source in Dar Al-Fatwa said: “Derian, along with prominent Sunni figures, decided to move toward unifying the ranks to absorb the turmoil before it was too late and to confront the Iranian control that Hezbollah relies upon on the national scene.”

The source close to Siniora noted: “The Sunni sect’s boycott of political action leads nowhere because Hezbollah can then take the decisions it wants without anyone objecting to it. It can also nominate whoever it wants for Sunni seats in the elections and ensure their victory to serve its interests.”

Bahaa, 55, who had kept away from politics after the assassination of his father in 2005, making room for his brother Saad, said: “First of all, it must be emphasized that neither our religion, nor our morals, nor our upbringing … allow us, the sons of martyr Prime Minister Rafik Hariri, to abandon our responsibility, and we put (forward) all our capabilities for the sake of Lebanon’s renaissance.”

He added: “The family of the martyr Rafik Hariri ... will not disintegrate. In partnership and solidarity, we will fight the battle to restore the homeland and restore the sovereignty of the homeland from its occupiers.”

Bahaa stressed that any misinformation alluding to a power vacuum among Lebanon’s Sunni community serves only the enemies of the country, adding: “Who dares warn of a vacuum within the largest sect in Lebanon to which I have the honor to belong?”