Breaking News
Home / In Depth / An inauguration—into what? 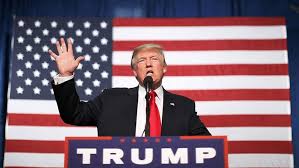 by Graham E. Fuller — With the inauguration of Donald Trump as the 45th president of the United States, it’s hard to know where first to focus attention.

Rage and righteous indignation on all sides are mounting. There is more than enough blame to go around for how the US got itself into this situation. Where it will all go from here is beyond the imagination of the most lurid screenwriters of White House dramas.

Whatever the outrage du jour may be, we must not forget that history didn’t begin with the 2015-2016 presidential campaign/circus. To believe that is analytically lazy, an easy cop-out, even self-serving. Major elements of these deep domestic pathologies trace back at a minimum to America’s fateful actions from the very beginning of this disastrous American twenty-first century.

It was in 2000 that the Supreme Court, in an act of sheer partisanship, threw the contested Florida election to George W. Bush. This “decision” did two things: it demonstrated that the politicization of the Supreme Court had now touched the very pinnacle of the US political order. The Court’s reputation would never recover from the event. Second, it enraged many democrats who felt that the election had been stolen from Al Gore, thereby tainting the presidency of George W. Bush from the outset. Bush’s incompetence, ignorance, and domination by dark neocon forces led us into a series of desperate wars in the Middle East that shaped the region down to this day—the Global War on Terror, the collapse of Iraq, Libya, Yemen, an Afghanistan on the ropes, the creation of ISIS on the smoking ruins of Iraq’s civil struggle and to the beginning of the Syrian agony whose impact has massively shaken even Europe, and pushed the nature of US-Russian relations towards resuscitation of the Cold War.

Unlike other nations that have undergone terrorist cataclysms but succeeded in rising above it, the United States never survived the psychological shock of 9/11. It is still living with it. US obsession with domestic security— in one of the world’s safer environments— even invented a new, Teutonic-sounding word “Homeland” to celebrate the birth of the security state; it also raised the corrosive specter of the “Muslim Other” in our midst.

It was this event that spurred Washington to massively expand the size and number of existing security and intelligence organizations, and create vast multiple layers of new ones. We see how they now compete and stumble around against each other; their very unmanageable size has arguably contributed to an overall deterioration in the quality of US intelligence. A sober grip on the trajectories of world forces seems quite beyond Washington’s ken.

Whatever Donald Trump may think about the CIA—and how legitimate any of his perceptions may or may not be— his dissatisfaction is not entirely out of place; it would be prudent for him to undertake a close, zero-based review of the entire massive and redundant national security structure. More is not better; bigger is not better. The national security structure would be leaner, meaner, and more efficient were it immediately slashed by 50% at the outset. All organizations work hard to preserve their individual corporate fiefdoms; when does a bureaucracy voluntarily ever downsize? Better intelligence is no longer even the real dynamic at work; institutional self-preservation is.

The militarization of American foreign policy grew special wings under the Global War on Terror. It is little wonder that so many of the key senior positions in the Trump cabinet and the White House are now being filled by military men: National Security adviser, CIA chief, Director of National Intelligence, the NSA, the Secretary of Defense, etc. We narrowly missed a military secretary of state. This is not to say that the military cannot produce significant competence at the top, but again the problem with the miitary—and a military budget that surpasses most of the rest of the world combined—has led to securitization and militarization of foreign policy. Defense trumps State every time. Global threats expand to meet and justify the military budget; military solutions become default approaches to world issues. Where would we be without our threats?

The new national security state has promoted the most dangerous security idea of all—the idea that international security is a zero-sum game; that among great powers everything takes on the character of a win-lose confrontation. Our think tanks earnestly scour the globe for “coming threats.” (I know, I’ve written many of them in my day.) We cannot contemplate such a thing as a win-win relationship among great powers. Of course the massive resources consumed by the US military (think of the staggering lost opportunity costs) are powerfully backed by the military-industrial complex that President Eisenhower presciently warned us about half a century ago.

Now, coming to today’s real third-rail topic: Russia. The obsessive—virtually hysterical—narrative of Russia in US domestic politics today is not really about a true threat to the national security. Russia hasn’t done anything that we don’t routinely do to ourselves (and others). Hacking abounds, it is the new growth industry. “Blame Russia” instead is a convenient joint project for several unexpected bed-fellows: Clinton democrats, embittered by Hillary’s defeat, seeking a scapegoat; democrats who may detest Trump for quite understandable reasons, and seek to fully delegitimize his presidency at any cost and to refuse any constructive cooperation. What better device than to label him a Russian agent. End of discussion. In addition we have the military-industrial-security complex viscerally opposed to any kind of rapprochement with Moscow or talks with Putin; it’s simply bad for business. By all means investigate the Russians. But that is not basically why our nation is in a fix.

We are talking of sacred cows here. NATO is perceived as a God-given good in itself. Yet there are plenty of good, rational reasons for rethinking the place of NATO in the world. Try the views of the seasoned, beady-eyed conservative geopolitician George Friedman who does exactly that. http://us11.campaign-archive1.com/?u=781d962e0d3dfabcf455f7eff&id=27e61a3626&e=4fbaa66e69 Or my more critical blog of last July: http://grahamefuller.com/nato-versus-the-eu/

It constitutes neither treason nor ignorance to reconsider these foundations of our future place in a world that no longer resembles that of NATO’s founding. And of course by now NATO has its own priority of deeply-rooted institutional self-preservation at any cost, through promotion of ranges of new missions designed expressly to preserve its role. Serious debate with Europe about what NATO should and should not be is urgently due, but any such rational debate is not to be found in Washington, on this or so many other global strategy issues.

And finally, however emotionally satisfying, where does legitimization of the president take us? Rejection of the (highly flawed) electoral system entirely? Good luck at changing it. And who has the right to determine “legitimacy”? Our partisan Supreme Court? Determined citizens? This all represents exceptionally dangerous ground indeed. We’ve been this delegitimization route now against George W. Bush and Barack Obama (for differing reasons), and now Trump. It gets uglier with each iteration, but also exceedingly more dangerous to the nation as more and more people join the ranks of “he’s not my president.”

Trump’s promise to “drain the swamp” in Washington had some allure during the primaries. The swamp goes back decades. Yet very little draining has yet taken place; instead we have a celebration of plutocracy in power as never before. Money in politics has simply moved yet one further step up the rung, now foreshadowing a permanent future American corporatist governing structure. This deep, corrosive, bald presence of money in politics has grown by leaps and bounds in this century; no need to go to election 2016 to start bemoaning it. It is self-deception if we let the coarseness of the Trump image lead us away from the thought that it has ever been much different. And the 90% left behind this time will be the chief victims of oppression, poor health, prejudice, discrimination.

The US does not even seem capable of governing itself at this point, and the fault lines are sharpening. The specter of domestic political violence can hardly be excluded in this swirl of personalized politics of black hats and white hats. There is no debate, only vituperation, slander, vilification and demonization.

Drastic failures in US foreign policies going back at least to 2000 have raised ongoing serious doubts in the eyes of the world about US “leadership.” More and more countries, friends and rivals, are moving into damage limitation mode in dealing with us; their main task is to prevent the US from dragging the rest of the world into dangerous confrontation.

Like so many others, I too am deeply disturbed at Trump’s style, manner, impulses, psychology, and policy preferences. Worse perhaps are their translation into dismaying top personnel choices. Trump himself may not be an ideolog but his appointments mostly are.

But don’t let the grossness of the immediate Trump symbol lead us to overlook the degree to which most of this goes back many many years, and we all had a hand in it in one way or another.