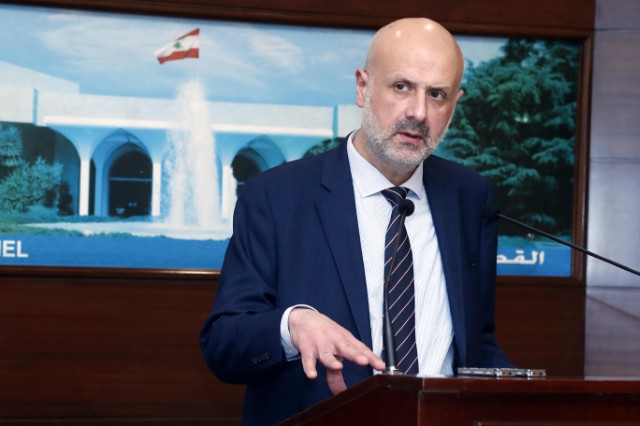 Interior Minister Bassam al-Mawlawi has asked the army to send soldiers to the Zouk power plant to protect fuel tanks and expired chemical materials that “could cause an explosion,” a day after Cabinet tasked the army with safeguarding the site.

“The plant’s current security situation is not appropriate due to the presence of holes in the electronic fence and the absence of any guards, which would allow individuals to enter into its premises, where hydrogen and fuel oil tanks and some expired dangerous materials are present,” Mawlawi said in a statement.

Should there be “an act of sabotage,” the aforementioned materials might “lead to an explosion,” the minister warned, noting that “large gas tanks belonging to a company are also present near the plant.”

Mawlawi noted that he had asked Cabinet in Wednesday’s session to “provide guards for the Zouk power plant and all its installations until its administration manages to continue repair works.”

“The Ministry of Energy and Water was also tasked with dismantling the old plant or ridding it of dangerous materials,” he added.

“Consequently, Cabinet decided to task the army to immediately provide a security checkpoint for the plant and to inspect the present materials, take the necessary measures to prevent any harm resulting from them, and work on removing them immediately,” Mawlawi explained.

Accordingly, he said he has sent a memo to the Defense Ministry, demanding that all measures be taken to implement Cabinet’s decision and warning that failure to take instant measures might jeopardize the safety of citizens and installations in the plant’s vicinity.

Mawlawi also reassures that he is following up closely on the matter.

Speaking to al-Jadeed TV, the town’s mayor warned that “ammonium nitrate” is present at the plant, the same material behind the catastrophic 2020 explosion at the Port of Beirut.