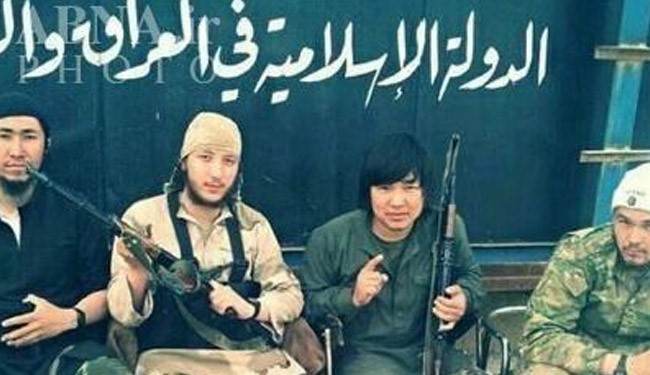 The Levant News -- Here is an interview with Dr. Haytham Mouzahem, President of Beirut Center For Middle East Studies, regarding the Uighur fighters in Syria:

Q- Is there now clear and undisputed evidence emerging from Syria of a significant Uighur presence? What is their number? I have seen everything from 100 up to several thousand, and it seems to be changing daily. Are they known to be effective fighters?

A- Many Syrian and Turkish sources. Including “Jihadi” sources in North Syria, confirm the presence of Uighur fighters in Syrian, namely in Idlib countryside, the city of Aleppo and its countryside and Lattakia countryside. Even the TIP has released many videos and statements since Summer 2014, announcing their presence in Syria and declaring their new group name “The Turkistan Islamic Party in Syria”, and showing up in their videos their participation in many battles especially in Jisr Al-shughur battle and Abu Zuhur airport battle in Idlib countryside in 2015.

It is hard to know the TIP fighters number but sources talk about 2000 fighters while there are hundreds with Al-Nusra Front under the Liwaa al-Muhajereen Brigade, and hundreds with ISIS in Syria and Iraq.

The videos released by TIP and the army of Conquest that include TIP, Nusra Front, Ahrar Al-Sham, and other factions, showed the effectivity of TIP fighters in the battles and they have been in the first front and the group that conquered Abu Zuhur airport base and Jisr Al-Shugur city in 2015, as well as the military colleges in South Aleppo last month. Reports talk about their suicide operations in conquering the Syrian Army positions and bases, and they lost hundreds of fighters since 2014.

Q. What side are they fighting for..TIP is known to be linked with Nusra and AQ but are there now signs of Uighurs who are fighting on behalf of IS as well? Can you please explain why both Zawahiri and Baghdadi would seek to appeal to their cause? Do you see growing efforts from each side to recruit Uighurs away from the other?

A-TIP is allied with Nusra and Ahrar Sham under the Army of Conquest, and they all share Al-Qaeda ideology and connections. TIP, or the Movement of East Turkistan, has pledged allegiance to Taliban leader, Mulla Omar when they were based in Afghanistan and Pakistan. Mulla Omar was the spiritual leader of Al-Qaeda, and Ossama Bin Ladin him self has pledged allegiance to him, calling him the Caliphate. Hundreds of Uighurs have joined ISIS since early 2015, some of them are in Syria and others in Iraq. But TIP leader Abdul Haq has pointed out recently in an interview his differences with ISIS and considered the groups as pervert and misguided of true Islam, in a first statement to declare TIP position between Nusra Front and ISIS.
Al-Qaeda and ISIS are both exploiting the Uighur fighters in their battles in Syria and Iraq, because there are brave and well trained and experienced fighters and can recruit hundreds easily. Turkey played a major role in pushing TIP into Syria to create a foothold there since the Uighur are Turkish race and Turkey considers East Turkistan, Xianjiang, a Turkish land. So, that let TIP an independent group from both Nusra and ISIS, and more dependent of Turkey and its agendas.

Q. What would be the implications of Chinese military involvement r.added to the mix? Is there growing talk that this could be a possibility?

A- China has sent many military and security delegations to Syria recently to discuss the cooperation with Syrian government on fighting TIP and their allies as well as ISIS. I believe it is still early for China to get involved in military involvement in Syria, as Russia did, although the Chinese government is very concerned of Uighurs involvement in Syria and with TIP and ISIS, and that they are getting well trained and armed and may return to China to attack its interests. I believe China is still hesitant to intervene directly and has no courage to do that, fearing the American objection and that would harm its economic interests with Saudi Arabia and other Gulf states. Saudi Arabia's Deputy Crown Prince and Minister of Defense Mohammed bin Salman is visiting China these days and hold talks with its leaders regarding bilateral relations and Syrian crisis.
But in the future, if TIP is getting more powerful and Syrian war did not end, perhaps China would get involved militarily in Syria, while it may support the Syrian army with some weapons and political support in UN Security Council.