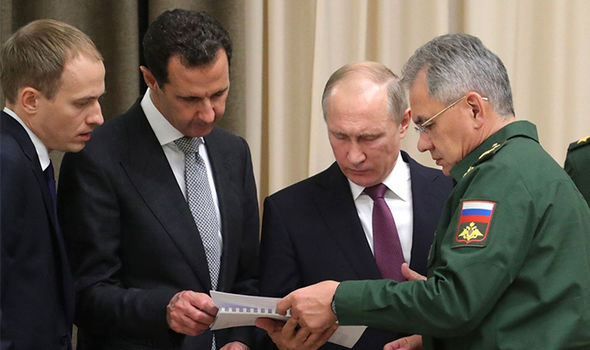 Algeria's foreign minister on Monday decried Syria's decadelong suspension from the Arab League during a visit to Damascus, indicating support for the war-torn country's return to the organization under President Bashar Assad.

Syria was expelled from the 22-member group and boycotted by its neighbors after the conflict broke out in March 2011, following a heavy-handed crackdown by Assad's government on mass protests demanding reforms.

The country quickly descended into civil war, which has killed hundreds of thousands of people, displaced half the country's population and left large parts of Syria destroyed.

But with Assad regaining control over most of the country, thanks to military assistance from allies Iran and Russia, Arab countries have inched closer toward restoring ties with the Syrian leader in recent years, most notably the United Arab Emirates and Bahrain.

Last October, Jordan's King Abdullah II received a call on Sunday from Assad, the first between the two leaders in a decade.

Algeria will host the 2022 Arab League summit in November, and the Assad government in Damascus is eager to continue rekindling regional diplomatic relations.

"Syria is coordinating with Algeria and several Arab countries to revisit the status of Syria's membership in the league," Mekdad said.