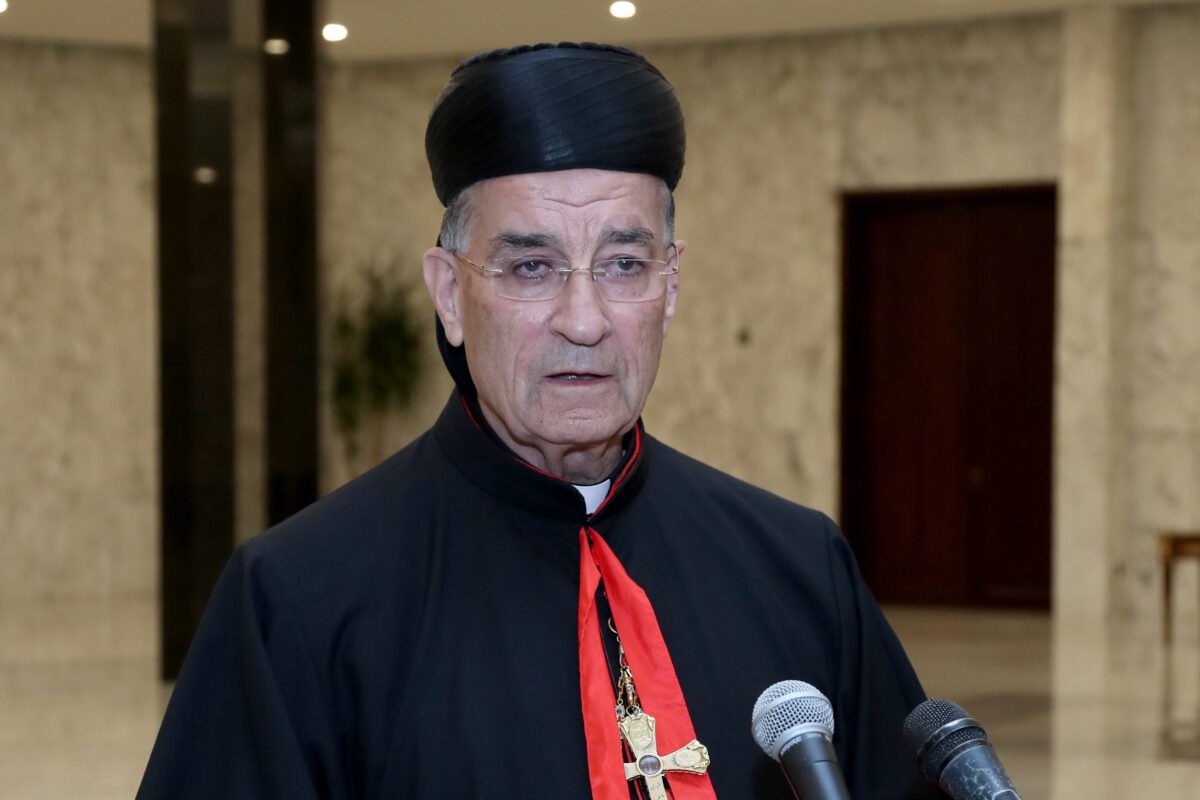 Maronite Patriarch Beshara al-Rahi on Sunday warned that "not facilitating the formation of a new government with full constitutional powers" is an "act of sabotage."

"Leaving the country without a government at the end of a presidential term and on the eve of the presidential juncture would certainly lead to weakening the representative nature of the Lebanese state in negotiating with the international community," al-Rahi cautioned in his Sunday Mass sermon.

Turning to the issue of the presidential vote, al-Rahi warned against any "manipulation."

"We insist on the need to respect the constitutional timing of this juncture and we call for the election of a president who enjoys political expertise and who is respectable, brave and impartial," the patriarch urged.

He should be a "statesman who is neutral in his impartiality and committed in his patriotism," al-Rahi said.

"He should be above alignments, axes and parties and must not represent a provocation to anyone. He must be capable of practicing the role of the national, constitutional and ethical authority and must be able to gather the rivals and begin with putting the country on the path of real salvation and positive change," the patriarch added.

Al-Rahi also criticized Hezbollah, without naming it, for sending drones towards the Karish field amid the ongoing efforts to resume indirect sea border negotiations with Israel.

"The success of these negotiations hinges in the first place on the firmness of the Lebanese stance's unity behind the state," al-Rahi said.

This stance "must not be distorted and subjected to failure amid a very critical situation," al-Rahi added, stressing that "the state cannot negotiate while others are testing the negotiations militarily."