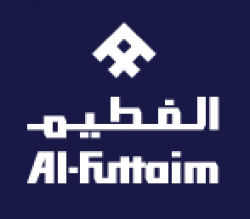 The Al-Futtaim group will “shortly” be confirming new Renault dealers in Pakistan, where new car sales this year are expected to close at around 200,000 units and 10 per cent higher than in 2016. Building the dealership network will move in tandem with the opening of a new plant in Karachi to assemble Renault models for the Pakistan market.

“The expectation is that the construction of the plant will commence in the first quarter of 2018,” said Len Hunt, President of Al-Futtaim Automotive. “The finalisation of the transaction remains subject to a number of conditions, mainly relating to relevant regulatory approvals from Pakistani authorities.”

If everything goes according to plan, sales of the assembled models could start from 2019. Details such as the investments and the future production capacity at the Karachi plant have not been revealed. This would be Al-Futtaim’s second venture in Pakistan, where it also makes tractors and generators through its subsidiary Al-Ghazi Tractors.

Hunt declined to name the Renault models that will emerge out of the Karachi plant. “Renault will be entering the market for the first time,” he said. “We have an exciting Renault product line-up for the Pakistani market. And the products we introduce will be built to the same specifications as in Europe. Information on the model line-up will be confirmed in due course.”

The Renault plant will be wholly-owned by Al-Futtaim Automotive, which has secured “long-term, exclusive agreements” with the French carmaker.

The Pakistan move represents quite a big step-up for the UAE business. It own stakes in car manufacturing operations in Kenya and Egypt, but this will be the first time it is moving into a new territory with a fully-owned venture. The timing of the move into Pakistan seems quite favourable — between July and end October, just over 70,000 new cars were sold in that market, according to data from an industry grouping.

Consumer demand seems to be running at fairly stable levels, and the economy too has been humming along for the better part of the last two years.

“We will confirm the details of the independent dealers and showrooms,” said Hunt. “Pakistani consumers can expect to see world-class Renault sales and after-sales facilities. Al-Futtaim has maintained a strong and mutually supportive partnership with Renault over many years.”

Pakistan’s auto sector already has a fairly sizeable car production and assembling base, based around models such as Honda’s Civic and City as well as the Toyota Corolla and Suzuki Swift. In the July to end October period, domestic production of cars with 1.3-litre and plus engines accounted for just over 32,000 units. Those of 1-litre made up another 17,715 units, while those below 1-litre took the domestic production tally higher by 73,000 odd units.

According to market sources, chances are that the Karachi plant will start off by assembling Renault’s small and mid-size cars. It would be interesting to see whether the line-up will also include the maker’s smaller SUV models as well.