When Uzbek President Shavkat Mirziyoyev came to power, his posture toward Afghanistan was significantly different than that of his predecessor.

Instead of shielding Uzbekistan from Afghanistan and viewing the country primarily as a center of instability, Mirziyoyev enthusiastically embraced Afghanistan as an economic and security partner

Uzbek President Shavkat Mirziyoyev, in his address to parliament, in which he laid out the country’s priorities, listed the major infrastructure projects that Uzbekistan is working on in Afghanistan and emphasised his desire to help end the Afghan war. 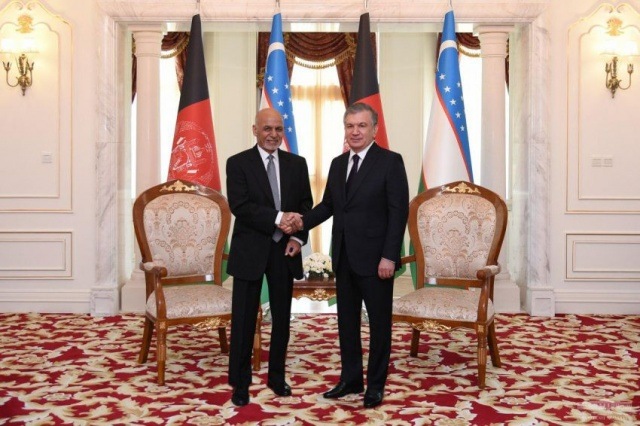 Afghanistan holds a key place in ensuring the security and lasting development in Central Asia, Mirziyoyev said, adding that the only way to stabilise Afghanistan is to revive its economy.

On July 1-2, the city of Mazar-i-Sharif of the Islamic Republic of Afghanistan hosted “Made in Uzbekistan” exhibition.

The opening ceremony of the event, organized by the Ministry of Investments and Foreign Trade of the Republic of Uzbekistan, was attended by representatives of official delegations of the two countries.

At the exhibition, a number of agreements were signed, which demonstrate its importance in further strengthening trade and economic cooperation between the two countries.

The official delegation of Uzbekistan led by the Prime Minister of the Republic of Uzbekistan A.Aripov attended the business forum organized within the framework of the exhibition.

Presentations of mechanical engineering, pharmaceutical, textile, food, fruit and vegetable products, transport and logistics services were held at the forum.

A video about the border trade territory “Uzbekistan – Afghanistan”, which will be created in the city of Termez, was presented.