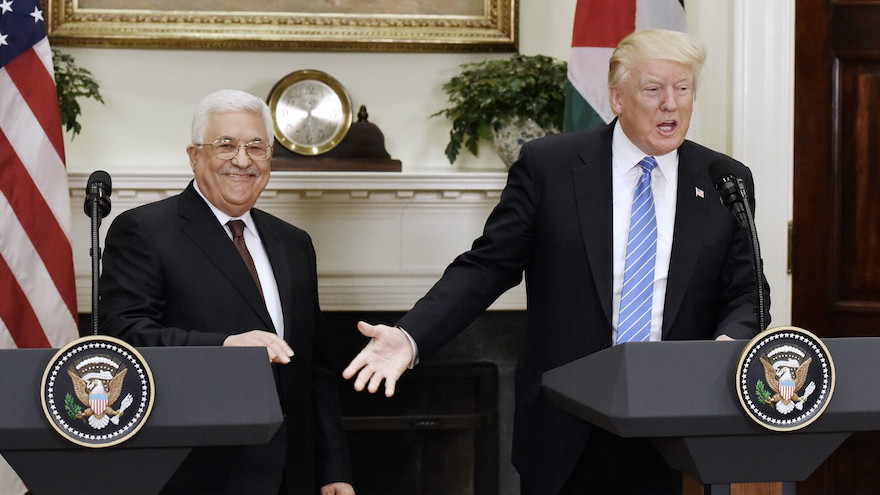 Mansour told reporters he hoped the 15-member Security Council, at the same meeting that Abbas would address, would vote on a draft resolution on the Israeli-Palestinian peace plan unveiled by U.S. President Donald Trump on Tuesday.

However, the United States is certain to veto any such resolution, diplomats said, allowing the Palestinians to take the draft text to the 193-member U.N. General Assembly, where a vote would publicly show how Trump’s peace plan has been received internationally.

“Of course we would like to see a strong, large opposition to this Trump plan,” he said with Tunisian U.N. Ambassador Moncef Baati, currently serving a two-year term on the Security Council, standing beside him.

Israel’s U.N. mission signaled on Tuesday that it was preparing for the Palestinians to pursue U.N. action, saying in a statement that it was “working to thwart these efforts, and will lead a concerted diplomatic campaign with the U.S.”

The Palestinians could push the U.N. Security Council to condemn the American peace plan or elements of it such as an Israeli move to apply jurisdiction to West Bank settlements and the planned recognition of that by the United States.

A U.S. veto of such a Security Council resolution would then allow the Palestinians to convene an emergency special session of the General Assembly to discuss the same issue and vote on a similar resolution. General Assembly resolutions are nonbinding, but carry political weight.

The General Assembly held an emergency special session in December 2017, at the request of Arab and Muslim countries, on Trump’s decision to recognize Jerusalem as Israel’s capital.

At that meeting the General Assembly adopted a resolution calling for Trump’s declaration to be withdrawn. Days earlier a similar draft text had been vetoed by the United States in the 15-member U.N. Security Council.

A total of 128 countries backed the General Assembly resolution, nine voted against and 35 abstained. Twenty-one countries did not cast a vote. Trump had threatened to cut off financial aid to countries that voted in favor.

Under a 1950 resolution, an emergency special session can be called for the General Assembly to consider a matter “with a view to making appropriate recommendations to members for collective measures” if the Security Council fails to act.

The Palestinians followed the same path in June 2018. The General Assembly condemned Israel for excessive use of force against Palestinian civilians, adopting a resolution with 120 votes in favor, eight against and 45 abstentions.

The resolution was put forward in the General Assembly by Arab and Muslim states after the United States vetoed a similar resolution in the Security Council.