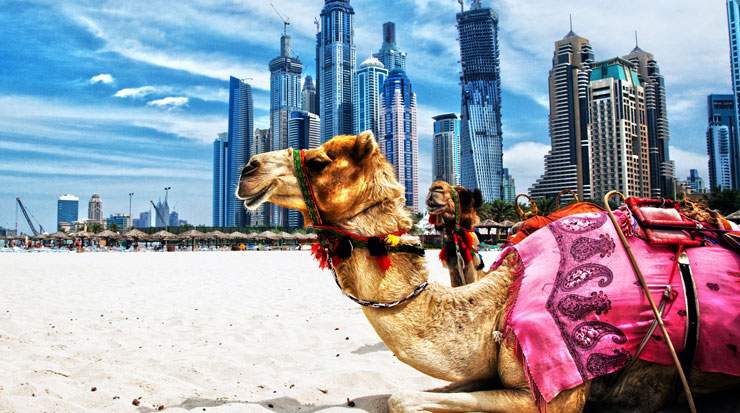 Shaikh Nahyan Bin Mubarak Al Nahyan, Minister of Tolerance, has said that Abu Dhabi is witnessing rapid growth and development on its journey to become a world-class tourism destination. “This is as a result of activating an economic diversification strategy, supporting non-oil producing sectors, and adopting tourism as one of the main pillars of the national economy,” he added.

Shaikh Nahyan’s remarks came during the inauguration of the ‘Chinese Dragon Oasis’ on Friday in Marina, Abu Dhabi. He went on to say that this development reflects the ties between the UAE and China as an exemplary model for cooperation and growing trade and investment partnerships.
“Based on the vision of President His Highness Sheikh Khalifa Bin Zayed Al Nahyan, and the directives of His Highness Shaikh Mohammad Bin Zayed Al Nahyan, Crown Prince of Abu Dhabi and Deputy Supreme Commander of the UAE Armed Forces, Abu Dhabi is implementing a long-term plan that seeks to transform the emirate’s economy into a future knowledge-based economy, that includes the tourism sector, and reducing dependence on oil and gas as a major source of economic activity by 2030,” the Minister of Tolerance continued.
He said that trade relations between the UAE and China are expanding significantly, across various sectors.
The UAE’s trade and investment environment has attracted over 4,000 Chinese companies operating within the country, with two-way trade between the UAE and China having crossed $35 billion in the first nine months of 2017.
According to data published by the World Tourism Organisation, UNWTO, China is the world’s top source market in terms of expenditure, with a seven per cent growth in tourism spending recorded in the first nine months of 2017. With the relaxation of visa restrictions and some 75 flights a week between the two countries, opening up a new era of travel for the UAE and China’s citizens, further advancing bilateral relations across the tourism, investment and trade sectors.