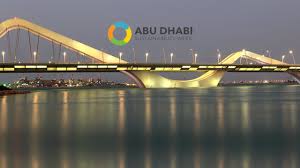 Abu Dhabi gathers the world for its annual Sustainability week

Abu Dhabi gathers the world for its annual Sustainability week

The event in the capital of the United Arab Emirates (UAE) is largest sustainability gathering in the region, and a trendsetter in the world. Many government- and corporate officials, policymakers and students from around the globe attended the first days of the event. In a period of just ten years it grew from a single summit in 2008 with 11,000 attendees from 84 countries – the 2008 World Future Energy Summit – to an 8-day happening that welcomed an impressive 38,000 participants from over 175 countries in 2017.
On the first day of the ADSW the Abu Dhabi based International Renewable Energy Agency (IRENA) held its eight annual general Assembly where it announced that very significant amounts will be made available for new solar projects in Africa. For example, Mauritius and Rwanda will receive a combined US$25 million in concessional loans via the Abu Dhabi Fund for Development (ADFD) to build solar projects aimed at boosting renewable energy supplies in low-income communities.
“For developing countries, renewable energy is a triple win: it provides a cost-effective means of providing electricity to families, fuels economic growth, and supports energy independence and security,” said IRENA Director-General Adnan Amin.
“Many developing countries have trouble accessing financing for renewable energy investment. We are delighted that our continued partnership with ADFD will provide a low-cost source of financing to help Mauritius and Rwanda achieve a sustainable energy future.”
In Mauritius, the ADFD loan of USD10 million will help the Central Electricity Board install solar PV systems on rooftops of 10,000 households. While in Rwanda, USD15 million will contribute to the installation of 500,000 off-grid solar PV home systems across the country, providing clean electricity for lighting, mobile phone and radio charging.

Zayed Future Energy Prize
The concessional loans for Africa are just one of many new agreements, and cooperation’s that were – and will be – announced during the packed week. Besides the annual World Future Energy Summit, various exhibitions such as the Smart Water Expo, the Solar Expo as well as numerous panel discussions about modern day and future challenges in the world will be held. The ADSW is also about rewarding achievements, launching new green initiatives and stimulating micro- and macro investments in the renewable energy sector.
The prestigious annual Zayed Future Energy Prize is one of the most coveted prizes in the industry and represents the vision of the late Sheikh Zayed bin Sultan Al Nahyan, the founding father of the UAE. This year the ADSW celebrates the ‘Year of Zayed’: a tribute to the impact of the legacy of the late founder who was himself a great visionary. He once said: ‘Future generations will be living in a world that is very different from that which we are accustomed. It is essential that we prepare ourselves and our children for that new world’. A statement that is still relevant in present time.
This years’ Zayed Prize’, which awarded millions of dollars to nine winners in separate categories, was presented Monday by sheikh Mohammed bin Zayed, Crown Prince of Abu Dhabi and Deputy Supreme Commander of the Armed Forces. The Crown Prince emphasized the ‘far-reaching impact across the world’ the Zayed Prize had in the last ten years.
Amongst the winners was Japanese inventor and Nobel Prize Laureate Shuji Nakamura, who regarded as the inventor of the blue LED, a breakthrough in lighting. He was rewarded the US$ 500,000 Lifetime Achievement award because of ‘pioneering the development of LED lights’. This innovation is expected to have reduced the electricity consumption in the US by an estimated 348TWh by 2027.
Google was rewarded in the category Large Corporations because in 2016 the search engine giant marked 10 years of operating as a carbon neutral company. In 2017 Google expects that it will reach 100% renewable energy for its global operations. While in the Global High Schools category, five schools from five different continents each received $100,000 to further stimulate their efforts in teaching pupils about sustainability.

Masdar
The ADSW is hosted by Abu Dhabi’s Masdar: a government initiative and high-tech developer that aims to be a commercially viable entity that develops sustainable real estate within Masdar City. A multi-billion-dollar urban project designed to suit ‘future generations’. It is the regional leader and a major international player in renewable energy and sustainable urban development.
The UAE Minister of Climate Change and Environment Dr Thani bin Ahmed Al Zeyoudi explained at the ADSW that in the past decade renewable energy is becoming more cost competitive. Local UAE achievements have contributed to reducing the cost of solar energy production on a global level.
“The 350-megawatt Abu Dhabi Solar Complex attracted the first record production cost bid of 2.42 US cents per kilowatt hour, while the 700-megawatt Mohammed bin Rashid Al Maktoum Solar Park in Dubai received the second record bid of 7.3 US cents,” said Al Zeyoudi. “The third, currently unbeaten record for the world’s lowest production cost belongs to Masdar’s bid for the 300-megawatt Sakaka Solar Power Plant in Saudi Arabia at 1.79 US cents per kilowatt hour.”
Masdar is the region’s largest exporter of renewable energy and invest heavily in various global projects that provide energy access to communities ‘away from the electricity grid’. It has up to date invested around US$2.7 billion in solar- and offshore wind energy projects all around the globe.

The Sustainabilist
One of the new initiatives that was launched a few weeks before the ADSW started, is the Dubai based portal The Sustainabilist. A flashy new portal initiated by Dutch entrepreneur Stefanie Schachtschabel.
“There was no platform where all the information on sustainability in Dubai came together. There was no place where both governmental agencies and the private sector could show their success stories on sustainability and innovation. Everybody talks about it, but what is happening in the country? Which sustainable solutions are implemented, and which are pending? The power of actual change is a common effort, and that is what this portal is all about,” said Schachtschabel.
The Dutch green-hearted entrepreneur started a partnership with Dubai Carbon: a center established in 2011 by an agreement between the Dubai Supreme Council of Energy (DSCE) and the United Nations Development Program (UNDP). Established to capture a growing niche market, catering specifically for the transition to a low-carbon and green economy through the consolidation of knowledge.
Dubai Carbon publishes a monthly magazine with the same title as the portal focusses every month on a certain sustainable theme. The portal links to this theme with related videos that can be freely watched together with many other videos on various green categories.
“Our goal is to become the central hub for sustainability based video content. At the same time, we want to inspire, educate and inform the public how to move towards a greener economy and sustainable development. The portal also stimulates key players, such as companies and individuals to upload clips about sustainable initiatives,” said Schachtschabel. In the nearby future the portal must grow to a nation-wide initiative, and there are ambitious plans to build a portal for both Saudi Arabia and Oman.
Halfway through this years’ ADSW it looks another very successful edition where most likely all records of previous editions will be broken. That is good news for the international community. Sustainable development remains the international community’s most urgent priority, and at the same time its greatest challenge.

Previous Erdogan: we will ‘strangle’ U.S.-backed force in Syria “before it’s even born”
Next Shaikh Mohammad launches eco-tourism project