It is well known that a constant, healthy, competition is going on between two of the United Arab Emirates (UAE) leading cities: Abu Dhabi and Dubai. For decades both Emirates are competing on matters such as who has the best real estate developments, who is hosting the most important international events or has the coolest touristic attractions. The latest “competition” sees now both cities trying to outshine each other on another front: who will become the most efficient and functional sustainable future city.

This undoubtedly healthy competition, which will see only winners at its end, is eagerly followed by other ambitious world cities. As Dubai prepares itself to host the most sustainable World Expo ever in 2020, many new initiatives and ideas are launched and further developed to transform this fast-growing metropolis to the most sustainable global city. Just like with all other things that are organized in Dubai the bar is set high. Outshining Abu Dhabi is not an easy task: the capital has a history of investing a large chunk of its oil dollars in its sustainable global network and local projects.

It was the late Sheikh Zayed bin Sultan Al Nahyan who once said: ‘Future generations will be living in a world that is very different from that which we are accustomed. It is essential that we prepare ourselves and our children for that new world’. This visionary statement of the founding father of the UAE could not be more relevant in the present day.

We all know the science. Greenhouse gas emission need to be significantly reduced in the atmosphere to lessen the risks related to global warming and climate change. In April, Harvard University researchers together with two British universities sounded the alarm bell that in the past 30 years the layer of polar ice thinned far more rapidly than was initially foreseen. A month earlier NASA reported that in the past six months the world has lost an area of polar ice the size of Mexico. That is almost 24 times the size of the UAE.

The list of warnings is infinite. These phenomena are caused by ever greater ratios of greenhouse gasses in the atmosphere because of human combustion of fossil fuels. It will result in the further rising of sea levels, weather extremes and endangerment of global public health.

To reduce the CO2-emissions in line with the Paris Agreement, the world needs to act. More investments are needed in the renewable energy sector. However, the good news is that the benefits of these investments outweigh the costs.

The Abu Dhabi based International Renewable Energy Agency (IRENA) cited in its most recent report on Energy and Jobs that countries that invest in Solar PV, Wind Power, Bioenergy, and large-scale Hydro Powerplants got an excellent return on investment. At a global scale, employment related to renewables increased in 2015 with 5% to 8,1 million jobs. While hydro plants alone added an additional 1.3 million jobs to that already impressive figure.

Solar PV was the largest employer, while Wind Power witnessed a record growth, and bioenergy was a key new employer with a lot of future potential. A stark contrast with the developments in the broader energy sector, where jobs related to fossil fuel remained depressed.

A US Department of Energy report, released in January, showed more people in the US are now employed in relation to Solar Power than all fossil fuels jobs combined. IRENA estimates that globally the job growth in the renewable energy sector alone could almost triple to 25 million jobs by 2050. That means that the job losses in the fossil fuel industry would be fully offset by the job growth in renewables.

That is excellent news for the UAE and the other countries in the Gulf Cooperation Council (GCC). IRENA estimates if proper investments in the sector are done the jobs related to renewables in the GCC could reach 270.000 by 2030. While cumulatively saving approximately 2.5 billion barrels of oil by that year, and simultaneously significantly reduce regional CO2 emissions and the annual water withdrawal needed in the traditional power sector.

Both Abu Dhabi and Dubai have set their ambitious goals: both cities host various commercially driven government initiatives with the aim to become the global leader in sustainable development. Especially now in a period of regional economic slowdown due to the ongoing low oil prices,

Besides hosting IRENA, Abu Dhabi’s Masdar is one of those initiatives that aims to be a commercially viable entity that develops real estate within Masdar City, a massive multi-billion-dollar urban project that is designed to suit ‘future generations’.
Masdar is developed in such a way that water and energy consumption is daily monitored and is significantly less than in traditional built developments. It will also include, when completed in the coming decade, a smart transportation system including electric buses and a centralized, zero-carbon, automated public transportation network. It is designed to be a hub for cleantech companies. Besides IRENA it hosts the Masdar Institute of Science and Technology.

At the same time Masdar is the region’s largest exporter of renewable energy and invest heavily in various global projects that provide energy access to communities ‘away from the electricity grid’. It has up to date invested around US$2.7 billion in solar- and offshore wind energy projects from the Seychelles to Afghanistan and Scotland.

On a local level the massive Mohammed Bin Rashid al Makhtoum Solar Park in the desert, the renowned Solar Rooftop Program and a waste-to-energy plant in the emirate of Sharjah are currently the largest ones.

Masdar also organizes yearly global events to promote the awareness and stimulate the private sector to investment in clean energy. From which the annual Abu Dhabi Sustainability Week and The Zayed Future Energy Prize are the most notable ones.

Dubai has its own Sustainable City. On a much smaller scale than the one in Abu Dhabi, but it has been completed in 2016. The initiative is a mixture between residential, commercial, and various educational units. It also contains initiatives such as ‘green urban farming’ and an innovation center. Around the development is a green 30-meter wide buffer zone to reduce air- and noise pollution. Waste water from each of the 500 solar-equipped villas’, the ‘green’ hotel, hospital and school are all 100 percent recycled and used for the greenery at the site.

This initiative in line with the ambitions of sheikh Mohammed Bin Rashid al Makhtoum vice-president and prime minister of the UAE and ruler of Dubai. In 2016 the Dubai-ruler announced the ambitious Dubai Clean Energy Strategy 2050 in which by 2020 7% of Dubai’s total power output will come from clean energy, 25% by 2030 and 75% by 2050. transform the Dubai economy into a green and sustainable one. Just like Abu Dhabi Dubai has with The Emirates Energy Award an annual award to encourage the rationalized use of energy and resources.
In line with his highness vision the emirate hosts the Dubai Carbon Centre of Excellence (Dubai Carbon) established in collaboration with the United Nations Development Programme (UNDP). This ‘Private Joint Stock Company’ is shared between various state-owned entities such as the Dubai Electricity and Water Authority and Dubal Holding to capture the growing sustainable market and catering the transition to a low-carbon and green economy through the consolidation of knowledge.
Unique in the world is the metropoles state sponsored State of Energy Report to yearly monitor the sustainable developments. This Ramadan a social experiment was initiated to study the lifestyle habits of the public in order gather information needed to evaluate consumption patterns, resource efficiency and waste management.

There is more. In 2016 the construction of the so called ‘Desert Rose’ started. Once completed this 8-billion-dollar development will consist of clusters in the shape of a desert flower on an area of 14,000 hectares on the Dubai-Al Ain Road. It is expected to accommodate 160,000 residents who will work and live in the city that will be surrounded by a green belt. There will be 20,000 plots for building luxury homes for Emiratis and 10,000 affordable housing units for expatriates. The city will rely on its own resources to provide means of transport and communications, energy consumption and recycled water.
Dubai also hosts the Middle East Centre for Sustainable Development to facilitate sustainable development within the UAE and throughout the Middle East region. Currently working on more than 40 projects inside the UAE. Another eye catcher is the Dubai Sustainable Tourism initiative meant to improve the sustainability of the rapid growing tourism sector in the emirate.

It is evident that investing in renewables is not only beneficiary for everyone’s health and wellbeing, but at the same time is economically viable and commercially attractive for all sorts of investments from the private sector. As stated in the introduction of this article: a battle on sustainability is a healthy competition. Crucial in this matter is overall behavior change of the UAE residents: a sustainable future can not only be achieved with state-sponsored initiatives but requires a radical change as well in consumers behavior.

Knowing well that this race will only see winners at its end. 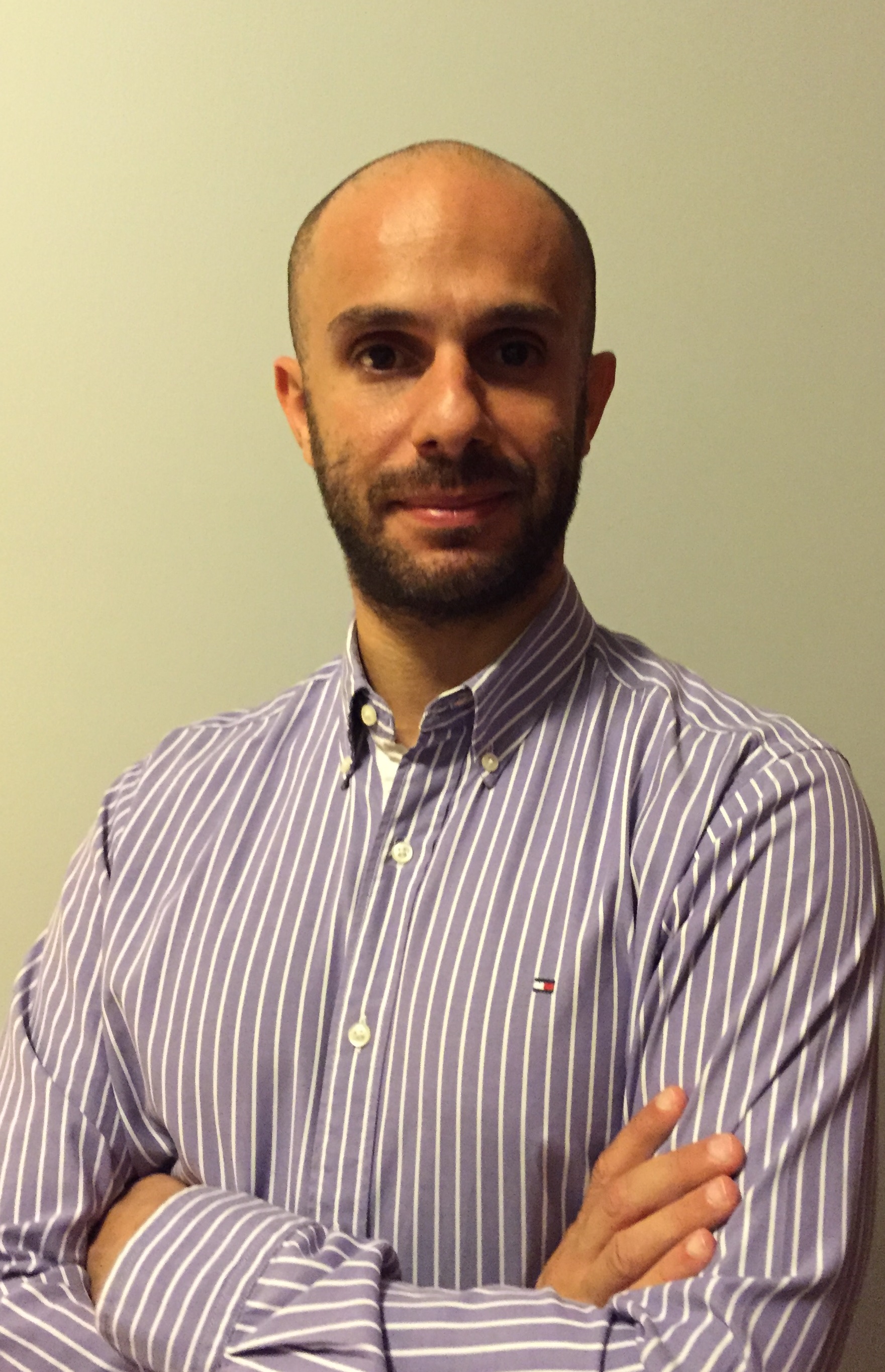 Arthur Blok is the Executive Editor of The Levant News. He is a Dutch journalist and author who is specialized in writing about the Middle-East. In the past fifteen years, he published various books in the Netherlands on Lebanon (translated into Arabic) and wrote for wide variety of international newspapers, magazines and websites. He is currently based in Dubai.