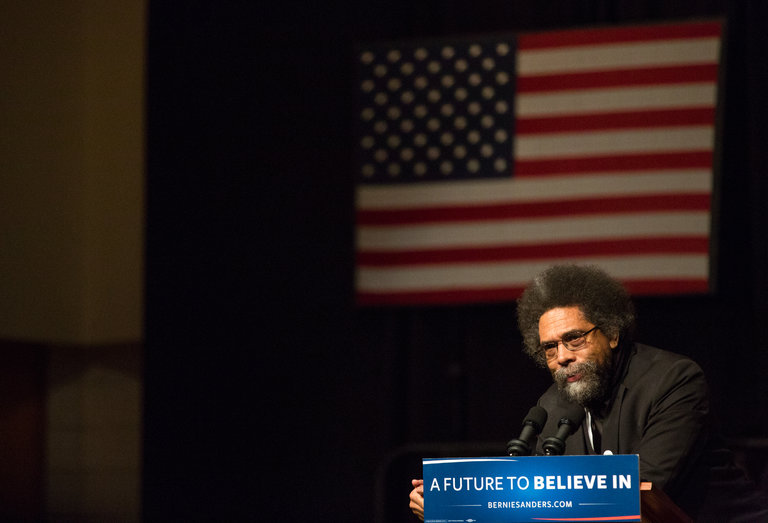 A Split Over Israel Threatens the Democrats’ Hopes for Unity

By JASON HOROWITZ and MAGGIE HABERMAN for The New York Times -- A bitter divide over the Middle East could threaten Democratic Party unity as representatives of Senator Bernie Sanders of Vermont vowed to upend what they see as the party’s lopsided support of Israel.

Two of the senator’s appointees to the party’s platform drafting committee, Cornel West and James Zogby, on Wednesday denounced Israel’s occupation of the West Bank and Gaza and said they believed that rank-and-file Democrats no longer hewed to the party’s staunch support of the Israeli government. They said they would try to get their views incorporated into the platform, the party’s statement of core beliefs, at the Democratic National Convention in Philadelphia in July.

“Justice for Palestinians cannot be attained without the lifting of the occupation,” Dr. West, one of Mr. Sanders’s five representatives on the platform committee, said in an interview. Dr. West said that while he recognized the necessity to provide for the security of Jews, who for thousands of years have been a “hated people,” he thought that the platform needed to bring more balance to “the plight of an occupied people.”

The presence of Dr. Zogby and Dr. West on the 15-member panel, which also has six appointees of Hillary Clinton and four from the party chairwoman, does not guarantee their views will prevail. But it raises the prospect that one of the party’s most sensitive issues will be open to public debate while Mrs. Clinton is in a fight to unify her party and appeal to voters turned off by Donald J. Trump.

It also laid bare a steady shift in the Democratic Party, whose members have been less willing to back Israel’s government than in years past. According to a Pew Research Center survey in April, self-described liberal Democrats were twice as likely to sympathize with Palestinians over Israel than they were only two years ago. Forty percent of liberals sympathized more with Palestinians, the most since 2001, while 33 percent sympathized more with Israel.

Mr. Sanders, who is Jewish, has himself criticized Israel’s military posture in the Palestinian territories, saying, among other things, that it used disproportionate force in responding to rockets launched from Hamas-controlled Gaza in 2014.

“I have always and will always be 100 percent supportive of Israel’s right to exist and live in peace and security,” Mr. Sanders wrote in a statement. “I also believe that lasting peace in the region will not occur without fair and respectful treatment of the Palestinian people. I believe that most Democrats agree with that position and that a strong consensus will be achieved at the Democratic National Convention.”

In the interview on Wednesday, Dr. West, a public intellectual who is well known for his provocative statements — he once called President Obama a “Rockefeller Republican in blackface” — went further than Mr. Sanders has gone. Dr. West accused the Israeli prime minister, Benjamin Netanyahu, of “war crimes” and said that “the role of money and lobbies makes it difficult for there to be a candid dialogue” on Israel. 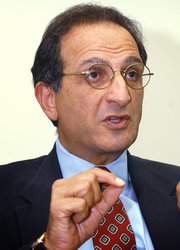 Dr. Zogby, the president of the Arab American Institute, a veteran of Democratic politics and a longtime advocate of the rights of Palestinians, framed the drafting committee’s work as a healthy consensus-seeking mission. But it is one in which he depicted Mr. Sanders as having the leverage.

“Any honest assessment would say that the debate on this issue has shifted over the last 30 years and the platform has reflected that but lagged slightly behind, and it’s now time to catch up,” he said in an interview. “Clearly most Democrats agree. But we will see what happens.”

As a candidate, Mrs. Clinton has been less inclined to criticize Israel, emphasizing that it had a right to defend itself. In a statement on Wednesday, Jake Sullivan, Mrs. Clinton’s chief foreign policy adviser, indicated that her appointees to the platform committee would resist Mr. Sanders’s attempt to shift the center of gravity on the Israel debate.

Graphic: How the Rest of the Democratic Delegate Race Could Unfold
“Hillary Clinton’s views on Israel and the U.S.-Israel relationship are well documented, and she’s confident that her delegates will work to ensure that the party platform reflects them,” Mr. Sullivan said.

The reaction was less reserved among those who champion a more traditional and full-throated support for Israel. Malcolm Hoenlein, the executive vice chairman of the Conference of Presidents of Major American Jewish Organizations, said he found the inclusion of Dr. West on the committee “disturbing.” He said that the presence of other representatives of Mr. Sanders on the platform committee, including Representative Keith Ellison of Minnesota, a Muslim who has supported the rights of Palestinians, raised concerns that the party could “adopt positions that could be seen as hostile to Israel.”

“For us, the concern is that it legitimizes and potentially puts into a major party platform” a point of view “that undermines the principles of the Israeli-U.S. relationship that have been bipartisan for decades,” Mr. Hoenlein said.

At the 2012 Democratic convention, delegates booed officials who reinstated in the party platform a recognition of Jerusalem as the capital of Israel, a view at odds with the United States’ official position that the city’s status must be negotiated between Israelis and Palestinians.

“My concern is that the Democratic platform is not the venue in which to litigate the Israeli-Palestinian conflict,” said Robert Wexler, a former congressman from Florida and Clinton supporter who served on the platform drafting committee that year.

The episode, which was televised, was an embarrassing and revealing moment that showed the growing rift in the party over Israel. Since then, some Jewish Democratic leaders have warned that a growing willingness to criticize Israel from within the party could pose a danger to its security in perilous times, and could chase Jewish voters away.

Dr. Zogby dismissed such critiques as emanating from the “sky is falling” crowd. He then noted, “They are not on the platform committee.”

Tags:
A Split Over Israel Threatens the Democrats’ Hopes for Unity