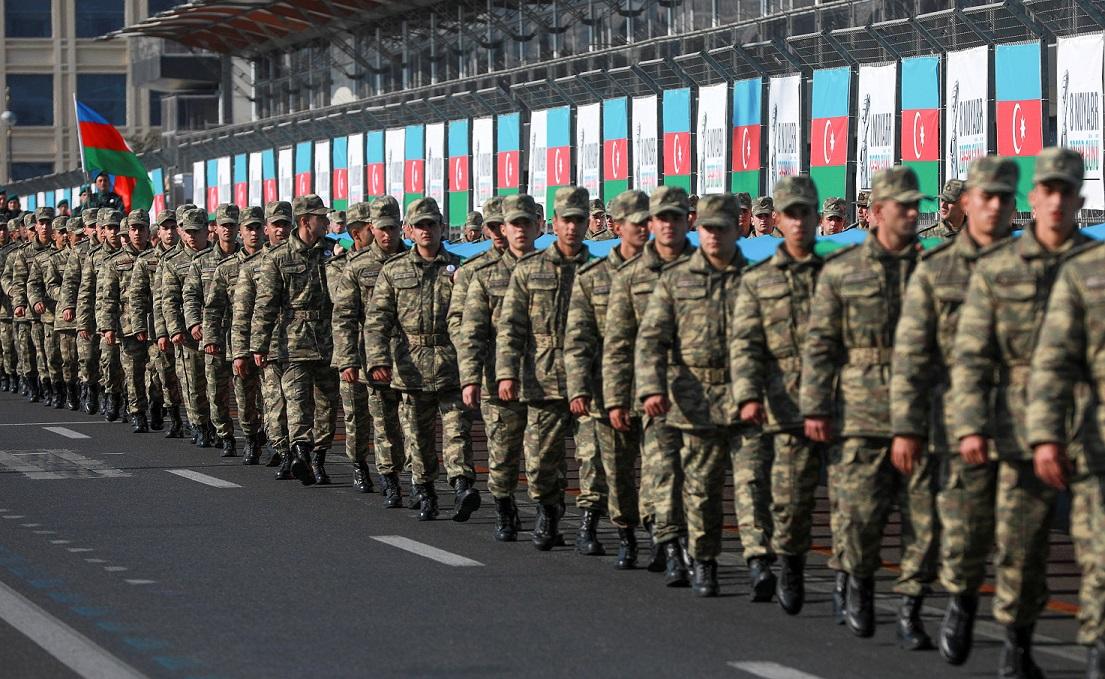 Armenia and Azerbaijan – two archenemies that fought a full-fledged war in 2020 – seek to normalize relations. Even though prominent global and regional actors such as the United States, the European Union, and Russia encourage the two South Caucasus nations to bury the hatchet, a series of obstacles remain on the road to a peace treaty.

By Nikola Mikovic
As the clear winner of the 44-day war that the two neighbors fought over the mountainous Nagorno-Karabakh region, Azerbaijan insists on its five-point proposal to normalize relations with Armenia. The document reportedly contains recommendations for the demarcation and delimitation of borders between the two countries, as well as the opening of the Zangazur corridor, also known as the Nakhchivan corridor. Baku also expects Yerevan to recognize Azerbaijan’s territorial integrity, which means that Armenia would have to de jure give up its pretensions over Nagorno Karabakh – a territory officially recognized as part of Azerbaijan. However, it has been under Armenian control for more than two decades.

Although Yerevan never recognized the self-proclaimed Republic of Artsakh (Armenian name for Nagorno-Karabakh), to this day, it insists that the region’s final status is yet to be determined. Azerbaijan’s leaders, however, repeatedly stress that there can be no special status for Karabakh.

“If someone wants to grant a status –about a million Armenians living in America, more than 500,000 in France, more than 100,000 Armenians in Marseille and around it – why isn’t the status being granted there? Why should it be granted in Azerbaijan?” said Azerbaijan’s President Ilham Aliyev.

Quite aware that Baku has significant leverage over Yerevan and that it will unlikely agree to make any concessions regarding Nagorno-Karabakh, Armenian Prime Minister Nikol Pashinyan seems to soften his rhetoric on the region.

“We record that the status is not a goal, but a means in this situation. It must ensure the rights, freedoms, and security of the population of Nagorno-Karabakh. This is a very understandable attitude for the international community”, said Pashinyan.

In other words, Armenia will likely start insisting on the rights of the Armenians living in Karabakh rather than the region’s status. In 2020, during hostilities between the two countries, Aliyev said that local Armenians could have cultural autonomy, which might be acceptable for Pashinyan. However, given that the situation on the ground has changed, and Baku has restored its sovereignty over significant parts of Nagorno-Karabakh and surrounding areas, it is not very probable that Azerbaijan will be willing to grant any additional rights to the Armenian population in the region.

Thus, Yerevan, as a defeated party, will likely have to continue making concessions to Baku. On July 19, Armen Grigoryan, the secretary of Armenia’s Security Council, said that his country would withdraw all its troops from Nagorno-Karabakh by September. Does that mean Russia’s nominal ally, Armenia, will start implementing a Russian-style “goodwill gesture” policy and gradually capitulate to its opponent?

“The statement by Armenian official on the withdrawal of military forces from Karabakh region is first of all a testimony of the illegal presence of Armenian forces in Karabakh region of Azerbaijan in violation of the Trilateral Statement of November 2020”, Leyla Abdullayeva, head of the press service of Azerbaijan’s Ministry of Foreign Affairs, told The Levant News.

“The withdrawal is nothing but an obligation and commitment of Armenia,” she stressed.

On the other hand, Azerbaijan began returning its people to Karabakh, vowing to repopulate lands recaptured in the 44-day war. At the same time, the government in Baku is pursuing intensive reconstruction efforts in the region and allocated $1.3billion last year to various infrastructure projects. Armenia fears that the construction of the roads in the area will allow Azerbaijan to retake control of ethnic Armenian villages near the Lachin Corridor –. This mountain road de jure in the Lachin District of Azerbaijan is under the supervision of a Russian peacekeeping force due to the 2020 ceasefire deal.

Since Russia – Armenia’s nominal ally in the Collective Security Treaty Organization – remains preoccupied with its military adventure in Ukraine, Yerevan can unlikely count on Moscow’s severe political support in its disputes with Azerbaijan. The fact that leaders of Armenia and Azerbaijan started holding regular meetings in Brussels under the auspices of the European Union suggests that it is the West, rather than Moscow, that could soon position itself as the significant arbiter in the South Caucasus.

If Pashinyan and Aliyev eventually sign a peace agreement in Brussels, it will mark that the Kremlin is losing its regional influence.

“Certainly, the place where the future peace agreement is going to be signed does matter, but the most important thing now is the political will of the Armenian side to sign the peace deal,” Abdullayeva concluded.

By Nikola Mikovic - 1 week ago
Armenia and Azerbaijan – two archenemies that fought a full-fledged war in 2020 – seek to normalize relations. Even though prominent global and regional actors such as the United States, the European Union, and Russia encourage the two South Caucasus nations to bury the hatchet, a series of obstacles remain on the road to a […]
Read story

By Nikola Mikovic - 1 month ago
Russia seems to have completely given up on its ambitions to “denazify” Ukraine. The Kremlin’s actions in the Eastern European country can only lead to the demoralization of the Russian population in the Donbas and the additional radicalization of the Ukrainian society. By Nikola Mikovic After Russia released Yulia Payevska, more widely known to the […]
Read story