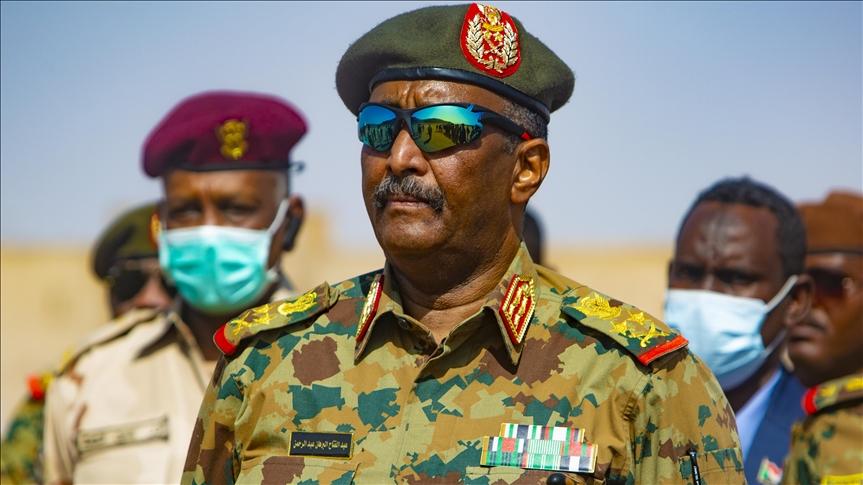 The Sudanese uprising of 2019 against president Omar Al Bashir succeeded in overthrowing him and beating him from power introducing a temporary new system for three years before new elections. That deadline is approaching.

By El-Mubarak Fadl
The man in charge is General Abdel Fattah Abdelrahman al-Burhan. The general and his soldiers formed a temporary supreme political power with various civil entities.

Since October 2021, Sudan has suffered a precarious political situation. The crisis stemmed from al-Burhan special procedures of state of emergency and disbanding both councils of sovereignty and ministers.

Al-Burhan said that he aimed to restore the path to democracy by unraveling one political partner over the rest of the Sudanese people. Many political activists and even foreign parties considered such procedures arbitrary. Unfortunately, Sudan currently suffers further ethnic struggles within its western and eastern regions.

By May 2022, Al-Burhan issued a decree that ended the state of emergency and released political detainees. Regional and international parties welcomed his action.
Formal discussion between the military entity and some civil Sudanese political entities is still a lasting talk under the international patronage of a triple member belonging to the United Nations, the African Union, and the Organization of East and Central African states for Development since June 8, 2022.

A disagreement among rival political parties over resolving the crisis has increased. Al-Burhan warned that the danger of civil war should be conceived by those parties who refused to participate in the dialogue with the opposing sides.

In late June, a meeting was held between both entities and failed to reach an agreement on the timing of the transitional period and the formation of executive and legislative bodies during that period.

On Monday, July 4, 2022, in a televised speech, General Al-Burhan, the president of the sovereignty council, declared the withdrawal of the military entity from the dialogue. He said the decision was made to enable all civil political entities to communicate with each other and form a government from independent national capabilities.

Then the sovereignty council will disband, and a supreme committee for the armed forces will be formed to hold the responsibilities of defense and security in Sudan.
He added that the military entity is obliged to apply the outcomes of the dialogue between civil entities and assured to support of all Sudanese entities to achieve national consistency for democratic transition and the general election.

Pressure groups organized under the banner of Liberty and Reform who negotiated with the military entity rejected the speech and insisted on persuading the general public and professionals to build a unified leadership against the regime.

On the other hand, activists of the revolutionary front justified the crisis in Sudan on the grounds of several divisions among civil political entities, particularly pressure groups for liberty and reform.

The front also felt that the current situation in Sudan is intolerant of ending the partnership between the civilian and military entities.

Other political parties, such as powers of a national movement, a group of national accordance (split up from pressure groups), and the Sudanese movement for justice and equality in Darfur, responded positively to the speech. They agreed on inviting all civil political parties into a dialogue as the only means to address the crisis.

The triple mechanism resumed meeting with different political parties to encourage looking for a new formula of dialogue that leads to conclusions to an agreement.

António Guterres, the Secretary General of the United Nations, expressed his hopes that withdrawing the Sudanese army from political discussions would create an opportunity for civil entities to negotiate with the assistance of the triple machinery.

Also, Stefan Dogark, the official speaker of the United Nations, said in a press release that the triple machinery encourages dialogue between all concerned participants to further democratic transition through civic leadership. He stressed the United Nations’ support of calls for carrying out independent investigations into violent accidents.

In Washington, the foreign secretary called all Sudanese parties to join a dialogue to generate a solution that would lead to a free general election and civil government.

The Sudanese minister of foreign affairs notified members of diplomatic missions and representatives of regional and international organizations in Sudan that the Sudanese army would not join any negotiation process relevant to the selection of civil government.

El-Mubarak Fadl is a Sudanese expatriate currently residing in Cairo, Egypt. Born in Cairo.Licentiate degree in history 1969.Teaching since 1970,and free-lance translator since 1990. Research assistant 1992/93,The American University in Cairo. This is his first contribution to The Levant News.