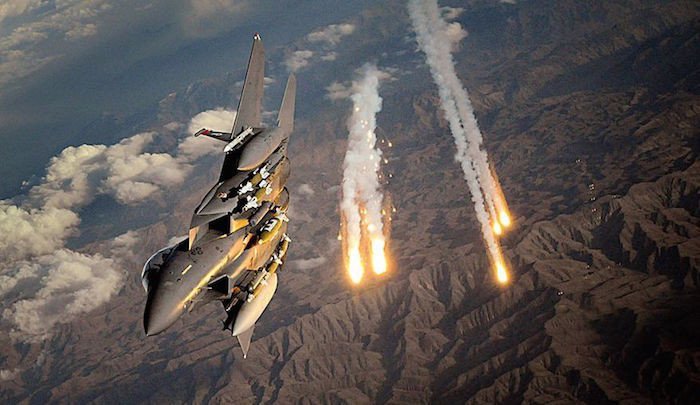 At least forty people, mostly women and children were killed on Saturday in the latest wave of U.S.-led coalition airstrikes against the last remaining Islamic State-held pocket in Syria near the border with Iraq, the militants and some local residents said.

Asked about reports of air strikes in the Buqan area near Hajin on the eastern banks of the Euphrates River on Saturday, the coalitio’s spokesman confirmed that there were strikes but denied there were civilian casualties.

Islamic State’s Amaq news agency quoted a medical source as saying 40 people had been killed, a claim which was also made by Syrian state media.

Relatives of families from the area and Syrian state media said dozens of people have been killed in the last two weeks from U.S. coalition airstrikes in Hajin and areas around it.

The Syrian government protested just over a week ago to the United Nations about an air strike by the U.S.-led coalition against Islamic State which it said killed 26 civilians in Hajin.

The fighting is the latest phase of efforts by the U.S.-led coalition and the Syrian Democratic Forces (SDF) to clear Islamic State from its last foothold east of the Euphrates River following last year’s defeat of the group in Raqqa, its Syrian headquarters.