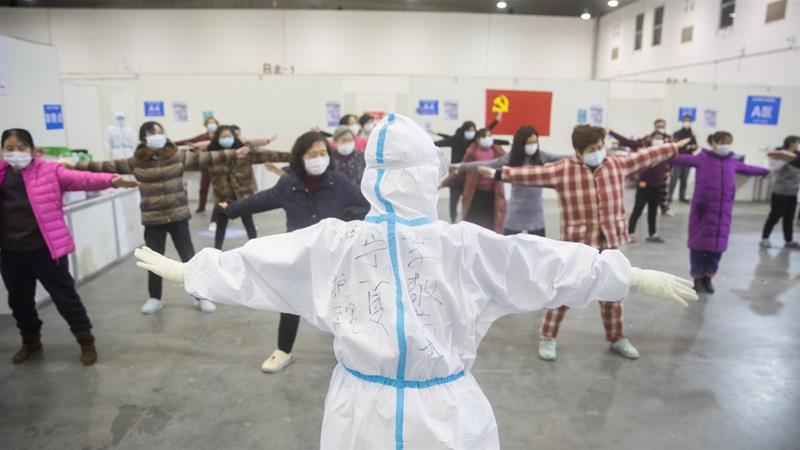 Coronavirus makes it to South Korea as Chinese cases decline

A coronavirus outbreak in South Korea fanned fears on Thursday of the global spread of the pathogen as research suggested it was more contagious than thought and two elderly passengers from a cruise ship quarantined in Japan died.

China reported a sharp drop in new cases but the data was partly attributable to a change in how it diagnoses the virus and the figures could not quell growing alarm about its spread.

Everything from the Australian dollar to the Indian rupee came under fire on foreign exchange markets as concern about the coronavirus drove investors to look for safety in the U.S. currency.

“People are trying to get far away from the economic fallout that we might see from the coronavirus. You want your capital as far away from China as possible,” said Chris Weston, Melbourne-based head of research at broker Pepperstone.

The coronavirus emerged in the Chinese city of Wuhan in December, apparently in a wildlife market, and has now infected some 75,000 people and killed about 2,100.

The vast majority of cases and deaths have been in China, and more specifically Hubei province, but the global spread appears inexorable.

The mayor of South Korea’s fourth-largest city urged residents to stay indoors after a spike of 23 new infections were traced to church services attended by a woman who tested positive.

Malls and cinemas in the city of Daegu were empty and its usually bustling downtown streets were quiet in scenes one resident likened to a “disaster movie”.

Daegu Mayor Kwon Young-jin asked the city’s 2.5 million residents to stay indoors as officials said at least 90 of more than 1,000 other people who attended the church were showing symptoms from what Korea’s Centers for Disease Control and Prevention described as a “super-spreading event”.

“We are in an unprecedented crisis,” Kwon told reporters, adding that all members of the church would be tested. “We’ve asked them to stay at home isolated from their families.”

Japanese media reported the death of two elderly passengers from the quarantined Diamond Princess cruise ship anchored off Yokohama, the biggest cluster of infection outside mainland China with more than 620 cases.

A second group of about 600 Japanese and foreign passengers from the ship was set to disembark on Thursday, after the first batch were released from quarantine a day earlier. The ship was carrying about 3,700 people when quarantined on Feb. 3.

Hundreds of people who left the ship on Wednesday were placed in quarantine again in their home countries, with Australia and Hong Kong putting their returned citizens in supervised isolation for another two weeks.

Two people died of the disease in Iran on Wednesday, Iranian officials said, bringing the death toll outside mainland China to 10, according to a Reuters tally based on official statements.

China’s Hubei province, which accounts for the majority of cases, reported a drop in new infections after it stopped diagnosing people using chest X-rays and counted only those who tested positive for genetic traces of the coronavirus.

The change in the method and in the data, China’s second in just over a week, has raised questions about the extent to which daily tallies accurately reflect the state of the outbreak.

Hubei reported 349 new confirmed cases on Thursday, down from 1,693 a day earlier and the lowest since Jan. 25. The death toll in the province rose by 108.

Excluding Hubei, the number of new confirmed cases in mainland China fell for the 16th consecutive day to 45.

While the numbers suggested a downward trend, scientists in China who studied nose and throat swabs from 18 patients say the virus could be more contagious than previously thought.

The preliminary findings published on Wednesday in the New England Journal of Medicine show the virus behaves much more like influenza than other closely related viruses and can be passed on by people before they show symptoms.

“If confirmed, this is very important,” said Dr Gregory Poland, a vaccine researcher with the Mayo Clinic in Rochester, Minnesota, who was not involved with the study.

With Hubei province, home to some 60 million people, in virtual lockdown, strict limits on movement in several major cities, and bans on travel to and from the mainland, economists expect China’s economy to take a short-term hit from the epidemic.

Financial leaders of the world’s 20 largest economies (G20) said the epidemic was a downside risk for the global economy, according to a draft communique prepared for a meeting on Feb. 22-23.