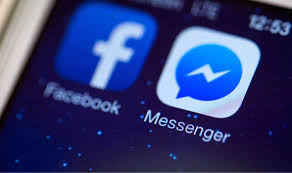 As one looks out over the global scene, the outlook for democratic societies appears increasingly dismal. (I’ll avoid a complex discussion here about definitions of “democratic,” simply to note the broad spectrum of democracies that exist, each flawed in its own way.) Several key factors, however, are leading nearly all countries—some faster than others—in the direction of the surveillance state and tightening domestic controls—enough so the overall trajectory looks disturbingly clear.

The first reason for this trend is simply because it can be done.

Technology is the leading force in facilitating and propelling the emergence and longetivity of authoritarian regimes. The ability to listen in and record telephone calls is of course your grandfather’s technology. But in recent years the internet offers a staggering wealth of surveillable riches in which individuals—mostly entirely voluntarily—provide every known type of personal information that any would-be Big Brother or authoritarian state could have ever dreamed of. We offer our faces, other parts of our anatomies, personal data of every kind, including often intimate photos, favorite sexual appetites, our political views, our social memberships, what we read and watch, our daily activities, our purchases, all our financial data, our range of friends, contacts and even enemies.

In China, it is the state that is assiduously collecting this data for its own political purposes; in the West, Facebook, Google and other social media likewise collect data meticulously—but mainly for commercial exploitation. But whatever the intent, all this provides ample tools for political manipulation and offers innumerable handles for potential repressive action by the state.

Our politics are additionally manipulated by domestic and foreign forces at every turn. How naively simplistic—and maybe comforting—to think that we can simply lay external political manipulation of US politics all on Russia. Would it were so. In reality the main offenders of manipulation of American politics comes through money, private networks and political action, especially from states like Israel and Saudi Arabia with their massive impact over our politics and through their generous support to friendly “think tanks.” And we have a plethora of private firms abroad as well like Cambridge Analytica and Psy-Group, an Israeli firm specializing in working for hire around the world in manipulating elections, currently under investigation by the FBI for activities in the US. https://www.timesofisrael.com/israeli-firm-proposed-social-media-manipulation-campaign-for-trump-report/  We are becoming hapless victims in a world in which we can barely discern even what is “real” anymore. So much for public opinion in democracy.

In short, technological surveillance and manipulation is achieving a speed of development and penetration unforeseen even a decade ago. I wrote a tongue-in-cheek satirical blog a few years ago suggesting the time had now come for US security organizations to start placing TV cameras in all rooms of all private homes—“those who have nothing to hide politically have nothing to fear.”  (5 March 2016 grahamefuller blog- “Let’s Move Security into the Home!”  5 March 2016)

[For a good analysis of the technical aspects of these developments, see Journal of Democracy, January 2019, Volume 30, Number 1, The Road to Digital Unfreedom” http://carnegieendowment.org/files/201901-Feldstein-JournalOfDemocracy.pdf

A second main reason for the spread of political and social surveillance is the increasingly complex and delicate nature of the modern hi-tech world—another variation on the technology factor. Human societies create ever more complex institutions and infrastructures, and hence are increasingly vulnerable to disruption. Hacking, malware, and cyberattacks all render the functioning of complex technical systems like electric grids, water distribution systems, health care systems, and air transportation to name a few, vulnerable as never before. The state will be compelled to exert ever greater vigilance against potential disruptions or attacks of this type, first from foreign enemies, but increasingly from radicalized domestic forces or even individuals as well—and the concept of defining “enemy” is expanding.

We regularly note how politics is leading to increasing polarization, frustration and anger. Social discourse grows more violent—again facilitated by technology and the ability of an individual to vent convulsively (and often anonymously) to audiences not even fully known. Complex societies cannot be run this way.

The contemporary state—authoritarian or liberal—cannot tolerate such vulnerabilities which can lead to devastating economic and social breakdown—even through acts of a few individuals. Forget China—look at the massive multiple security organizations in the US now monitoring us—almost out of control since 9/11. Can we seriously believe these security “advances” will ever be rolled back? The UK is a world leader in the use of public tv monitors of the streets. Indeed, most people even welcome such surveillance because it can help hinder violence, terrorism or crime and speed the capture of the guilty.

And then we have the compelling force of human nature: in the first order of human needs is an understandable craving for personal security—of individuals, families, property and neighborhoods. People welcome surveillance technology that can facilitate such security. (Remember, ”the innocent have nothing to fear from surveillance.”) Yet today, non-mainstream analysis, particularly on the left, falls under suspicion by media corporations as targets for potential exclusion. And what of their readers?

Terrorism of course has been a major driver in building the surveillance state everywhere, in repressive as well as liberal societies. Few politicians will dare claim that the threats requiring surveillance are retreating; ever more institutions, state and private, have vested interests in keeping the “threat” front and center, especially in military/security-driven America.

The most chilling thought of all is that the future of “democracy” may well reside in the state’s intent to maintain, control and shape “democratic practice”” as another mechanism of social control. “Illiberal democracy” is a growing phenomenon. The more “elections” can be used as a distraction— bread and circuses—the more the public can essentially be distracted away from more searching and radical examination of social and political ills.

Electoral campaigns in the US now begin the day after elections are over as to who will be the next challenger. The US political order now operates in perpetual electoral mode—perhaps the most reckless phase of democratic governance. The political horse races operate 24/7, they offer chances for personal interest stories, statistical data, scandals, speculations on who will win, pollings, and exciting analyses of which candidate is ahead in gaining campaign funds. (In reality this amounts to little more than public adulation of the mechanics and skills involved in political bribery. And remember, “money is now free speech” according to the Supreme Court”—surely as Orwellian as it gets.

Strangely, as many statistics demonstrate that our overall lives are actually growing more secure in many respects—greater freedom from disease, crime, even war in most places— somehow people still grow more anxious about protecting the totality of their lives so that “nothing bad should ever happen.” (Just one hundred years ago such aspirations were considered utopian).

People will choose security nearly every time over anarchy and violence. Who would not? The state that can deliver security will win the day. Loss of some freedom of speech, freedom of action, is worth it compared to the horrors of anarchy. (Chinese, who have lived through nearly a century of political violence of the most egregious sort, are the last to want to return to such a state for the mere luxury of protecting the niche of dissident thought.)

Thus democracy becomes an increasingly expensive and unwieldy luxury. For the state, well, just keep the trappings of democracy, let it serve as a distraction, and ensure that the true gut issues are kept off the table—through appeal to emotive and volatile social issues like fear of foreigners, the poor, and the “aggressive” social agendas of political, social, racial and sexual minorities.

What, in the end, might be the most important strength of democracy? Perhaps it lies in the ability ultimately  to “throw the bastards out” of office —a crude, but perhaps the most important political instrument in democracy’s arsenal. Yet  often nothing really sees to change even then.

Cynical? Not really. Perhaps this all simply reflects the nature of the human political animal and the nature of future technology: limit choice to noisy and volatile issues that don’t truly challenge the fundamental system or power structure. Argue about transsexual use of toilets, repression of public religious symbolism (creches at Christmas,) civil war monuments, the lives of the rich and famous, year long impeachment investigations, ever better entertainment and television series. Just avoid the hard core issues.

To the extent that most of us will, in the end, prefer governance that will offer order, calm, livable economic systems, suppression of crime and terrorism, then the future of open liberal regimes seems bleak. Only when regimes and governments reach the point of  massive incompetence in delivering those basics or exercise widespread brutality will mass political action perhaps reemerge—but technology at the service of the state will always be more effective than technology at the service of mass political action and organization.

Disturbingly, it may be institutionalized autocracy—in which China is a leading example—that will be able to handle future challenges rather more skillfully. China was devastated by one-man “personal rule” at the hands of Mao Zedong in the past, but the new Chinese authoritative order seems more institutionalized. No longer strictly personal rule, but a deeply-rooted political organization like the Chinese Communist Party, that can in principle filter out incompetence in the interests of preserving the party’s and the state’s “legitimacy”—by delivering basic social needs without being too troubled by debate, malcontents, and trouble makers with niche agendas. Yet question marks remain even here as Xi Jinping perhaps seeks to personalize rule, but policy still remains on a rational level.

Depressing prospect? Not if you value order, safety and the provision of minimal social and economic needs for the vast majority of the population. In many states in the world you’re lucky to get that.

Graham E. Fuller is a former senior CIA official, author of numerous books on the Muslim World; his first novel is “Breaking Faith: A novel of espionage and an American’s crisis of conscience in Pakistan”; his second one is BEAR—a novel of eco-violence. (Amazon, Kindle) grahamefuller.com