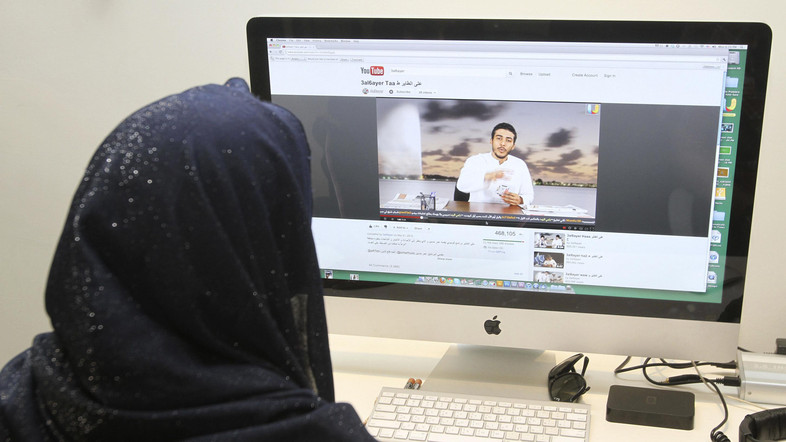 One week ago, Twitter’s staff worldwide were awarded a day off in celebration of the social networking platform’s 15th anniversary.

However, while they enjoyed the spoils of the company’s success, the same can’t be said for the many who have suffered from the barrage of negativity and harmful content the microblogging site has failed to counter time and again.

“They (Twitter) don’t dedicate as much effort to see that their own content is actually violating their own policies in Arabic, as they would in English, which is a big issue,” media researcher Azza Masri told Arab News.

Indeed, the platform has arguably become a toxic breeding ground for hate speech it has become, especially in the Arab world.

Despite Twitter’s updated policy on hate speech, which clearly states that users must “not promote violence against or directly attack or threaten other people on the basis of race, ethnicity, national origin,” accounts that do just that are still present on the platform.

“There is a definite laissez-faire attitude with the application or the enforcement of these community standards on Arabic language content, but also, any kind of non-English, or non-European language. That is an issue,” Masri said.

Accounts in the Arab world, such as those of exiled Egyptian cleric Yusuf Al-Qaradawi and terrorist-designated Qais Al-Khazali – both of whom have featured in Arab News’ Preachers of Hate series – remain active.

“Throughout history, God has imposed upon them (the Jews) people who would punish them for their corruption,” Al-Qaradawi said in one of many hate-filled fatwas.

“The last punishment was that of Hitler. This was a divine punishment for them. Next time, God willing, it will be done at the hands of the faithful believers,” he added.

Even accounts belonging to regular users with not a big following have been found to harass and abuse others online without having their tweets taken down immediately or soon enough.

In one instance highlighted by Masri, content doxing – revealing identity information about someone online – of a Lebanese individual from October 2019 still remained on Twitter despite repeated flags to the company’s policy teams.

“Our focus is in three key areas - product, policies and enforcement. We’ve simplified our rules, we’ve expanded our policy and enforcement to address the rise of misinformation around the world, and we’ve focused on enforcing our rules proactively.”

The problem is not unique to accounts in the Arab world. In India, for example, social media platforms, including Facebook, have been continuously criticized for fostering space that allows users to spread hate speech.

“These platforms and these companies don’t take the measures to protect people or users – all of its users – from harm, then the work starts at the platform level, not at the user level,” Masri added.

BBC journalist and author, Gavin Esler, told Arab News: “If you have something on your platform, you in some way must be accountable for it.

“We’ve got these very, very big organizations who somehow claim that they are not responsible for the things that we get from them, which is just logically unacceptable to me,” he said.

In early January, Twitter took measures and banned then-outgoing US President Donald Trump following the Capitol Hill riots for his tweets that were alleged to have incited violence from a mob of far-right protesters.

Although Twitter has a specific mandate for dealing with the accounts of world leaders, it insists they are not immune to its enforcement policies. Yet some continue to tweet and post comments considered objectionable – and even dangerous – by many.

Iran’s Supreme Leader Ayatollah Ali Khamenei, for example, cannot be compared to Trump in terms of number of followers or reach on Twitter, but his activity on the platform follows a similarly dangerous pattern.

In January, Khamenei posted false claims across his multiple accounts – in English, Spanish, Farsi, Arabic, and Russian – that coronavirus disease (COVID-19) vaccines developed in the US and the UK were “completely untrustworthy,” that France had “HIV-tainted blood supplies,” and it was “not unlikely that they (Western countries) would want to contaminate other nations.”

This followed years of similarly dangerous and damaging tweets in which Khamenei incited violence against other nations. In May last year, he said that Iran would “support and assist any nation or any group anywhere who opposes and fights the Zionist regime.”

And the list goes on. Lebanon’s deputy speaker of parliament, Elie Ferzli, recently used offensive language to respond to a tweet criticizing him.

Even in the US, the platform has become a space for company leaders to indirectly threaten employees, with the country’s National Labor Relations Board on Friday finding that a 2018 tweet from Tesla CEO Elon Musk unlawfully threatened workers with loss of stock options if they chose to be represented by the United Auto Workers union.

“That’s like saying any kind of news organization is just an aggregator of all the stuff that various journalists happen to want to have (on their sites). Facebook makes it sound as if it is some kind of urinal, in which case people pee in every so often,” Esler added.

Russia recently acted and threatened to block Twitter for one month if the social media giant failed to remove banned content, which included the suicide of minors and indecent images of children, as well as information on drug use.

While the platform has complied and started taking down the content, Russia’s state regulator Roskomnadzor argued that the speed of removal was “unsatisfactory,” given that two-thirds of all demands were still being ignored.

In a statement, the regulator said: “Roskomnadzor reported that, after the adoption of measures to slow Twitter traffic on March 10, the social network began work on removing content banned in Russia, but only one-third. The rate at which the social network deletes banned information is unsatisfactory.

“We regret that only the use of technical enforcement measures to enforce Russian laws forced the American social network to recognize the existence of information that is absolutely evil in all countries of the world, and to take measures to remove it.”

Actions such as these, as well as Australia’s bitter standoff with Facebook over a proposed law that would force it to pay news publishers for content, have sparked fierce debate over the ethical standpoint of these platforms – namely when it comes to freedom of speech.