Breaking News
Home / News / Pentagon likely to announce US has 2,000 troops in Syria, not 500 – officials

Pentagon likely to announce US has 2,000 troops in Syria, not 500 – officials

The Pentagon is likely to announce in the coming days that there are about 2,000 US troops in Syria, rather than the 500 the military has said are in the war-torn country. 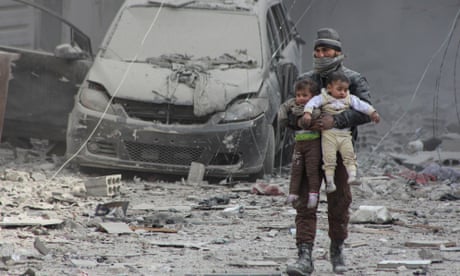 Two US officials detailed the new figure on Friday, as the military acknowledges that an accounting system has underreported the size of forces on the ground.

The US military has publicly said it has about 500 troops in Syria, mostly supporting the Syrian Democratic Forces group of Kurdish and Arab militias fighting Islamic State in the north of the country.

The two officials, speaking on the condition of anonymity, said the Pentagon could as early as Monday publicly announce the new figure, though there was always a possibility that last-minute changes could delay an announcement.

An accounting system, known as the Force Management Level (FML), was introduced in Iraq and Syria under the Obama administration as a way to exert control over the military.

But the numbers do not reflect the extent of the US commitment on the ground, since commanders often find ways to work around the limits, sometimes bringing in forces temporarily or hiring more contractors.

Current FML figures are officially 5,262 in Iraq and 503 in Syria, but officials have privately acknowledged that the real number for each country is more. In August, the Pentagon announced that there were 11,000 troops serving in Afghanistan, thousands more than it has previously stated.

The Pentagon said last December it would increase the number of authorized troops in Syria to 500. It is not clear how long the actual number has been at about 2,000.

Obama periodically raised FML limits to allow more troops in Iraq and Syria as the fight against Isis advanced. As that campaign winds down, it is unclear how many, if any, US troops will remain in Syria. Most are special operations forces, working to train and advise local partner forces and to provide artillery support. 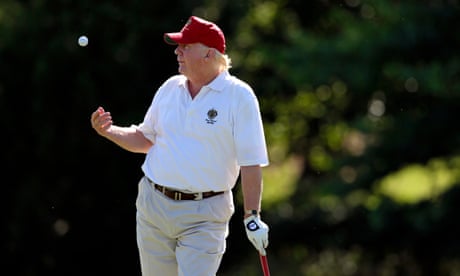 After Trump’s call with Erdoğan, the Turkish foreign minister, Mevlüt Çavuşoğlu, said the American president had told his counterpart the US would no longer supply arms to Syrian Kurdish fighters whom Turkey considers to be terrorists because of their affiliation to outlawed Kurdish rebels that have waged a three-decade insurgency in Turkey.

“Mr Trump clearly stated that he had given clear instructions and that the [Kurdish fighters] won’t be given arms, and that this nonsense should have ended a long time ago,” Çavuşoğlu said.

He quoted Trump as saying that he had given instructions to US generals and to the national security adviser, HR McMaster, that “no weapons would be issued”.

“Of course, we were very happy with this,” Çavuşoğlu said.

One of the officials discussing US troop numbers said that the actual number in Iraq was not expected to be announced because of “host nation sensitivities”.

The US defense secretary, Jim Mattis, has expressed frustration with the FML method of counting US troops in conflict zones.

Petrobras not convinced Russia, US and Saudi can control oil prices